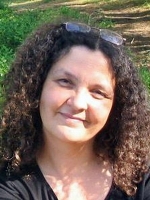 Schrum has a broad interdisciplinary expertise in coastal research. She has studied dynamics of various coastal systems, including adjacent seas, mediterranean seas, enclosed seas and estuaries addressing topics such as air-sea, land-ocean and ocean-shelf coupling. Using coupled modelling together with a broad range of observations as a primary research tool, she studies dynamics and decadal to multi-decadal variability of shelf systems. A significant part of Schrum´s research efforts went into the development of coupled models, resulting in one of the first regional coupled atmosphere-ice-ocean models, a NPZD-hydrodynamic model, an End-to-End ecosystem model and a coupled ground water-sea water model. Current focus of her research is the impact of multiple drivers on matter transport, marine ecosystems and organisms and the predictability potential for marine resources.

Schrum guided the compilation of a number of modeling databases and observational based gridded products, which have found their way into a wider research community and are distributed to the users via the ICES working group WGOOFE and through the coastDat model database.

Steering Board Helmholtz Artificial Intelligence Cooperation Unit HAICU (since May 2019)

Scientific Advisory Board, KLIWAS-Climate Change and Water Ways Program of the German Department of Transportation (2009-2015, www.kliwas.de)

Scientific Steering Committee (SSC) for the Second International Symposium on “Effects of Climate Change on the World’s Oceans”, May 14-18, 2012, in Yeosu (Republic of Korea) and for MEDCLIVAR 2014, Ankara, Turkey

Evaluation of master and PhD thesis

During the last 22 years, Schrum has contributed to higher education as responsible lecturer for a number of obligatory and key lectures in different master and bachelor programs at the Universities of Bergen and Hamburg, Germany. She moreover contributed to relevant lectures as part of the PhD education and was appointed as lecturer for several summer schools. Schrum was responsible supervisor or co-supervisor for 13 master/bachelor students and 20 PhD students.

Schrum was involved in the planning of study programs at the Universities of Bergen and Hamburg. In 2007 she led an international consortium, which received funding from the Nordic Council of Ministers (NORDEN) to coordinate the development of one of the first Joint Nordic Master programs (Marine Ecosystems and Climate). Schrum served as coordinator of this program on behalf of the University of Bergen since it has been established as a joint master program of Universities from Norway, Island, Denmark and Faroe Islands in 2009 until the program was completed in November 2015.

Various lectures given at University of Hamburg and University of Bergen, being part of the curricula in Oceanography (Master & Bachelor, Diplom) and the Nordic Master Program (lecturing as faculty member since 1997)

Luciana Villa Castrillón, Bachelor thesis (2020): Impact of wave-ocean circulation coupling on trajectories of particles in the North Sea and Baltic Sea for an extreme event period

Sina Pinter, Bachelor thesis (2019): Statistical analysis of the driving forces of dune formation and movement and beach growth at the Ellenbogen Sylt

David Drews, Bachelor thesis (2019): On the importance of water column stratification for sea ice cover in the Barents Sea