Per- and polyfluorinated chemicals (PFAS) can have harmful effects on human health and the environment. They are still used in numerous everyday products. Together with an international team of researchers, scientists at the Helmholtz-Zentrum Hereon investigated water samples from German and Chinese rivers affected by industrial point sources. Using an innovative method, they identified almost 60 substances that are overlooked by conventional analysis of well-known PFAS. Eight substances were detected in the environment for the first time. The PFAS patterns indicate that production in Germany has shifted to replacement chemicals of which many are still PFAS. In contrast, traditional, partially banned PFAS still play a major role in China. The study has been published in Environmental Science & Technology. 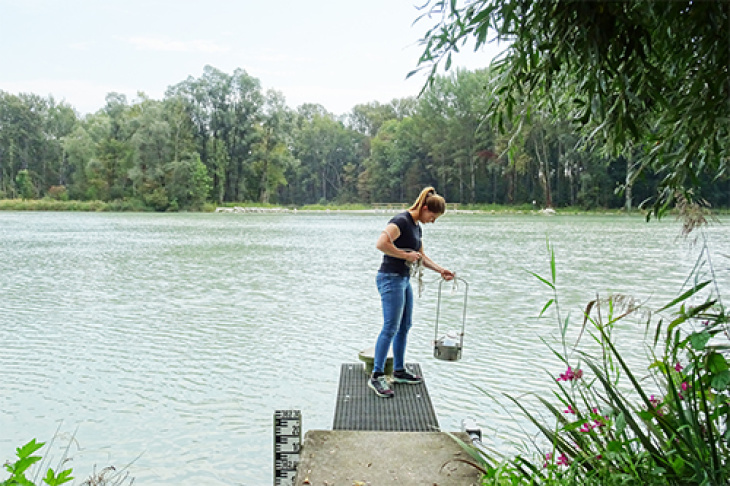 Per- and polyfluorinated chemicals, also called per- and polyfluoroalkyl substances, contain multiple carbon-fluorine bonds – the strongest bonds in organic chemistry. The compounds are not only extraordinary stable but also repellent to water, oil and dirt – a unique combination. Since the 1940s, PFAS have been used in numerous everyday products: in textiles, cookware, food packaging, cosmetics and medical devices. In addition, PFAS are widely used in industrial applications, for example in the production of fluoropolymers such as Teflon or Gore-Tex.

The very properties that make PFAS attractive for use in consumer products can be problematic for human health and the environment. PFAS can be released into the environment during manufacture, processing, use and disposal of the products, undergo transport to remote regions or bioaccumulate in organisms. The best-known PFAS representatives, perfluorooctanoic acid (PFOA) and perfluorooctane sulfonic acid (PFOS), can reduce the effects of vaccinations, increase susceptibility to infections and result in high cholesterol levels. A study published by the German Environment Agency in 2020 showed that in one fifth of the investigated blood samples from German children and adolescents, the PFOA concentration was above the HBM-I assessment value. Levels must remain below this value to rule out any health impairment. ”PFOS and PFOA were globally banned, but industrial firms switched to replacement chemicals that may pose similar health and environmental concerns – so-called regrettable substitutes“, says Dr. Hanna Joerss from Helmholtz-Zentrum Hereon’s Institute of Coastal Environmental Chemistry. Using traditional analytical methods, researchers could only consider known compounds for which reference standards were available. Because the chemical industry does not regularly disclose formulations that are confidential business information, scientists often did not know which new PFAS had been introduced into the market.

“Before, we had to know which chemicals we were looking for“, says Joerss, first author of the study. „We now used an innovative method to also investigate the ‘dark matter‘, the unknown chemicals in the samples.“ In collaboration with the Swedish University of Agricultural Sciences, the team applied high-resolution mass spectrometry to trace PFAS in water samples from German and Chinese rivers. The scientists took samples up- and downstream of the wastewater inlets of PFAS manufacturers, cooperating with the Yantai Institute for Coastal Zone Research in China. 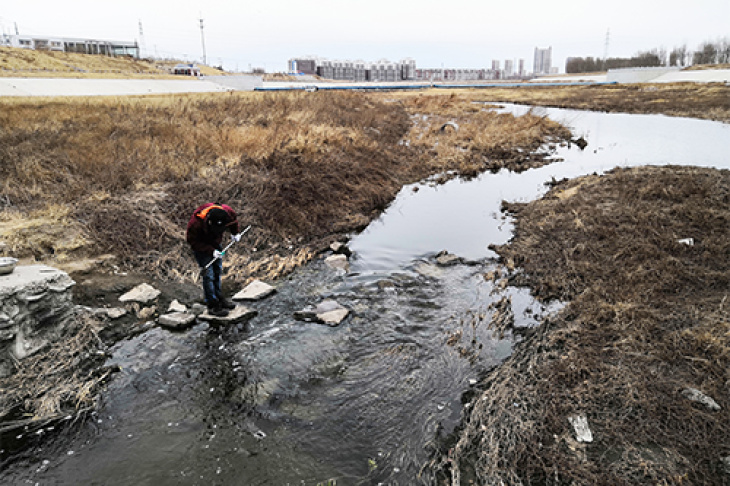 Measurement sites close to industry were also of interest to the researchers, here on the Fuxin River in China. Photo: Hereon/ Linting Sun

Their result: „We identified 86 PFAS – only about 30 of them are routinely analysed by specialized labs, eight substances have not been reported in the environment before“, says environmental chemist Hanna Joerss. „Our results show that environmental and human exposure to PFAS is underestimated – we have only seen the tip of the iceberg“. The largest number of compounds was detected in the Chinese Xiaoqing River (63 PFAS) and the German Alz River (59 PFAS). In the Xiaoqing River, the globally banned substance PFOA and traditionally non-investigated PFAS, such as chlorinated PFOA, were the most prevalent compounds. In contrast, replacement chemicals, such as hexafluoropropylene oxide-dimer acid (HFPO-DA), 4,8-dioxa-3H-perfluorononanoic acid (ADONA) und the degradation product perfluoromethoxypropanoic acid (PFMOPrA), were the predominant compounds in the Alz River. These compounds also belong to the PFAS family and should be assessed thoroughly.

„It is a cat-and-mouse game involving industry, science and regulation: industry uses new chemicals, their potential adverse effects have to be scientifically proven, then it takes years to decades to ban the substances“, says Joerss. Facing several thousands of PFAS, new replacements could be used again and again. Germany and other countries currently work on a restriction of the entire group of PFAS within the framework of the European Green Deal. The present study underlines the environmental importance of this approach.