Bone screws and plates that dissolve on their own after a broken bone has healed promise to be of great benefit - they could save some patients from having to undergo follow-up surgery. A research team led by the Helmholtz-Zentrum Hereon has now used a 3D X-ray method to determine for the first time quantitatively how different of magnesium alloys dissolve over time under body-like conditions. The result provides indications of which materials are particularly suitable for certain types of implants. The working group presents its study in the online journal Journal of Magnesium and Alloys. 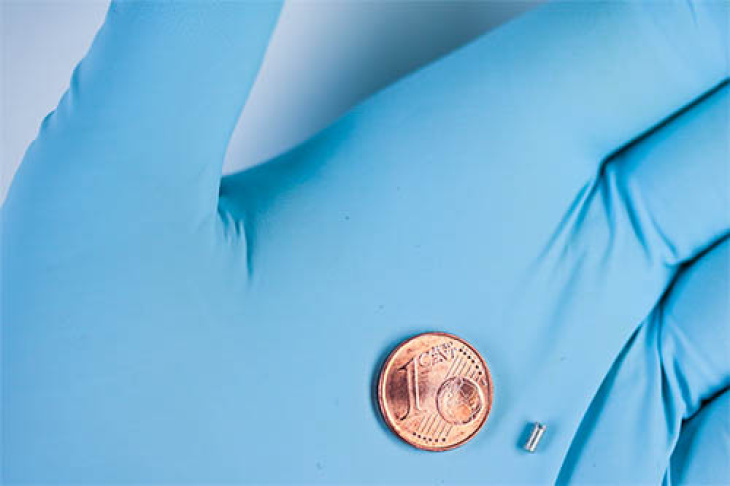 The screws examined are tiny: their diameter is 2 millimeters. Photo: Hereon/ Björn Wiese

Bone fractures do not always heal by themselves; sometimes medicine has to help: To enable them to grow together better the damaged bones are fixed with screws, nails or plates. Until now, such implants have usually been made of permanent materials such as stainless steel or titanium. Usually, these to have to be removed again after the bone has healed. For those who have actually recovered, especially growing children, this means another operation.

An alternative is offered by implants that dissolve in the body naturally as the bones grow back together. Magnesium is considered a promising candidate for such dissolvable implants: The light metal is compatible with the body, and each person’s body containes around 25 grams of Magnesium deposited in different forms anyway. In addition, it’s continuously dissolved by body fluids. So far, two companies in Germany offer such dissolvable implants for two different clinical applications - for vascular stents and for bone fixation. Research is focused on understanding the principle in more detail so that it can be applied to other cases, particularly the therapy of bone fractures.

Not too fast, not too slow 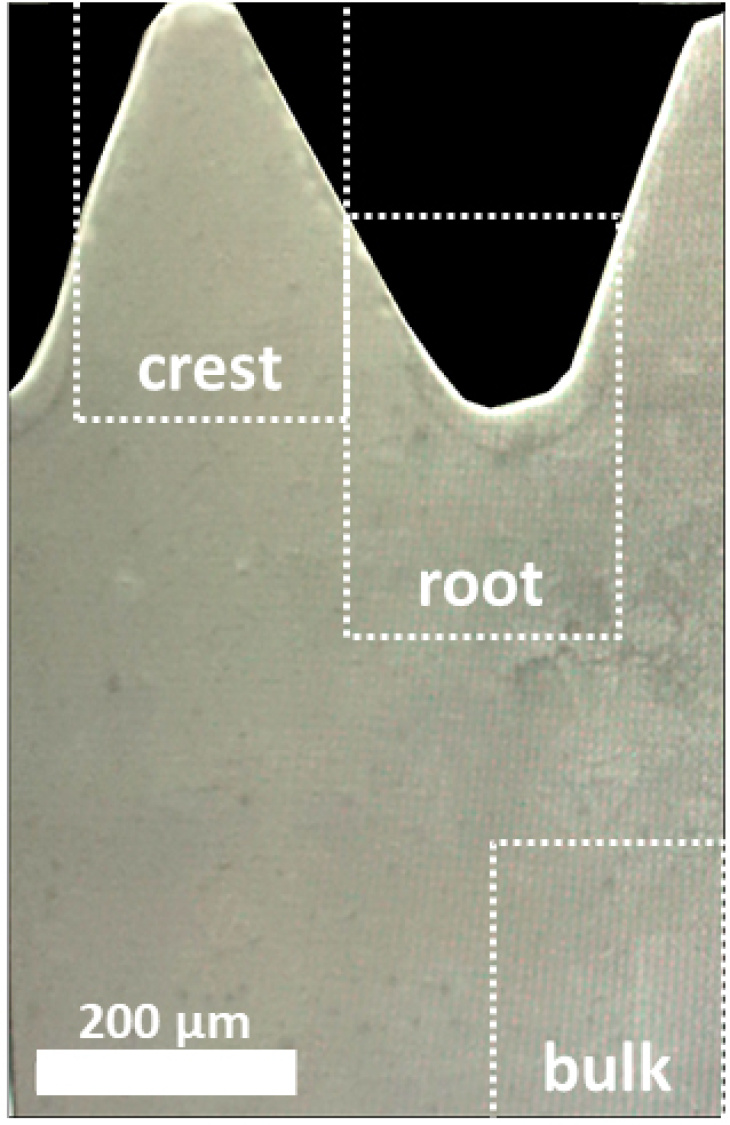 By using a special microscope image you can see areas of crests and roots on a Mg-5Gd screw. Photo: Krüger et. al 2021

The implants are not made of pure magnesium, but of alloys in which other substances are mixed into the light metal, for example gadolinium. "This makes it possible to specifically adjust how long a bone screw remains stable in the body before it gradually disappears," explains Dr. Björn Wiese from the Hereon Institute of Metallic Biomaterials. The question is the researcher want to answer is what effect the alloy content has: How exactly does the gadolinium content affect the implant's strength and degradation behavior? It is a search for a good compromise: If an alloy decomposes too quickly, it would not stabilize the bone long enough. If it remains in the body too long, there is a risk of later physical complaints or even complications.

To answer this question, the researchers launched an ambitious series of experiments at the Hereon beamlines at the Deutsches Elektronensychrotron in Hamburg. The study was financed by the BMBF projects SynchroLoad and MgBone. In addition to Hereon, the Karlsruhe Institute of Technology (KIT) was also involved in the study. "We produced screws from different alloys, one with five percent gadolinium, the other with ten percent," Wiese describes. The researchers placed these samples in Petri dishes filled with body fluid-like mixtures of salts, vitamins and proteins and exposed them to body-like conditions in incubators for up to 8 weeks. They used two methods to test several times how the screws changed over time: First, they precisely measured the advancing weight loss, and second, they took images using a special technique called micro-computed tomography (CT). It works similarly to a CT scanner in a hospital, but provides much more detailed images with a resolution of just a few micrometers. 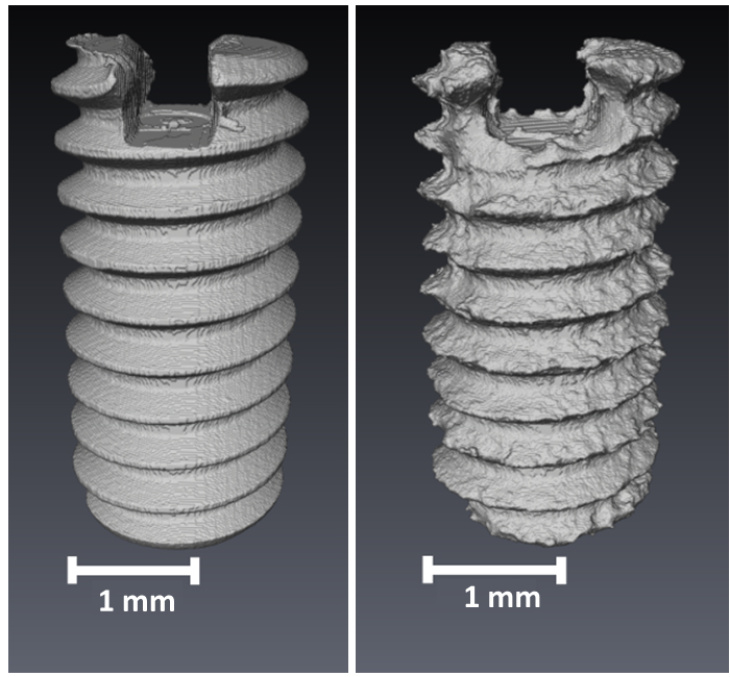 On the left, the screw can be seen before the degradation test. On the right, the same screw after 56 days in vitro without degradation products. The degradation due to corrosion can be clearly seen here. The surface has changed. Photo: Krüger et. al 2021

As expected, the working group was able to observe through the micro-CT examination that the tips or teeth of the screw thread are the first to dissolve and gradually become rounded. In contrast, corrosion in the thread valleys does not progress as strongly. Another result: "The magnesium alloy with five percent gadolinium corroded much faster than the one with ten percent," says Wiese. Extrapolating, a screw with low gadolinium content would have completely dissolved in the body after just over four years. A screw with more gadolinium, on the other hand, would only have disappeared completely after about eight years. This means that if long-term stabilization is required after a bone fracture, it is better to implant magnesium screws with the higher gadolinium content.

The scientists were also able to see how the manufacturing process - turning the screw from a magnesium-gadolinium bar - affects the corrosion behavior: "In the stronger alloy with the higher gadolinium content, the deformation layer was less deep, which has an influence on corrosion," explains Wiese. However, it remains questionable what effect abrasion by the turning tool has on the corrosion behavior of the screws: for example, iron could detach from the tool during turning, adhere to the screw surface and lead to rapid degradation. Other research questions are also still open: How in detail do the magnesium and gadolinium atoms that gradually detach from the implant affect new bone formation? And is faster or slower corrosion more beneficial for this? These are questions that the Hereon experts will soon be addressing in a new series of experiments.