The aim of the BONUS BALTSPACE project (8 partners, coordinator Södertörn University, Sweden) was to provide science-based approaches and tools supporting Maritime Spatial Planning (MSP) in its role as policy integrator. In BONUS BALTSPACE this aim was reached by combining a critical in-depth interdisciplinary analysis of current integration challenges (e.g. across policies, sectors, stakeholder inputs, knowledge, ecological and (geo)political scales, scientific disciplines) to identify enablers and constraints, with development and test of science-based approaches and tools, which address how this could be achieved. The department Human Dimensions of Coastal Areas was involved in all work packages and lead WP 3 (approaches and tools). This included main responsibility for test and evaluation of several governance related approaches such as the bow-tie approach for risk and policy analysis, governance baselines to understand the evolution of institutional dynamics (further development from our work in the KnowSeas project and in LOICZ). more

Risk Perception in the Wadden Sea Region - a survey in Denmark, Germany and the Netherlands (2018) 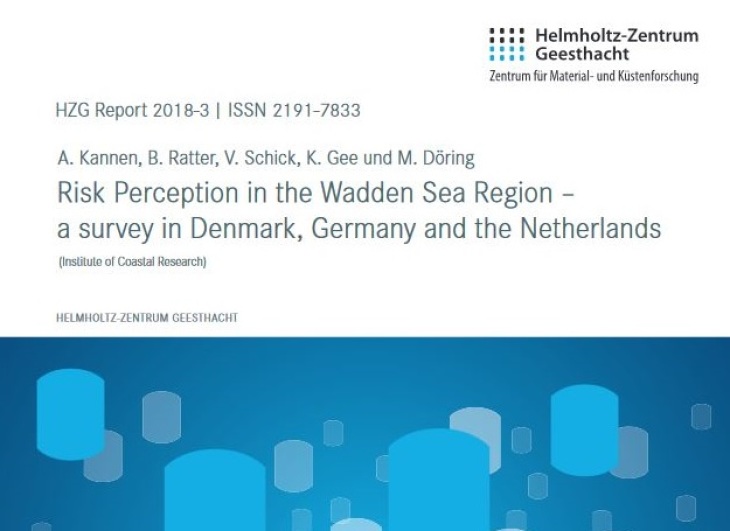 This report presents the outcome of the online survey, which was conducted by Hereon from mid-June to mid-September 2017 among members of the Wadden Sea Forum and the public at large living and working in all three countries in the Wadden Sea Region. The survey was conducted in Danish, German and Dutch language. 350 questionnaires from survey participants in the Denmark, Germany and the Netherlands have been received and were included in the analysis. Even though the survey cannot be regarded as statistically representative, its results point to im-portant aspects requiring recognition by policy makers and refer to collaborative action to be taken at trilateral, national and subnational level. Study: "Risk Perception in the Wadden Sea Region - a survey in Denmark, Germany and the Netherlands"

MERIKA (Marine Energy Research Innovation and Knowledge Accelerator) is an ambitious initiative by UHI (University of the Highlands and the Islands) funded by the European Union FP7 (REGPOT) programme. The project seeks to establish a marine energy research and innovation hub in the Highlands and Islands of Scotland. In this context the department Human Dimensions of Coastal Areas works with the UHI partner SAMS (Scottish Association for Marine Sciences) on topics around renewable energies and Maritime Spatial Planning including exchange of researchers between SAMS and Hereon. more 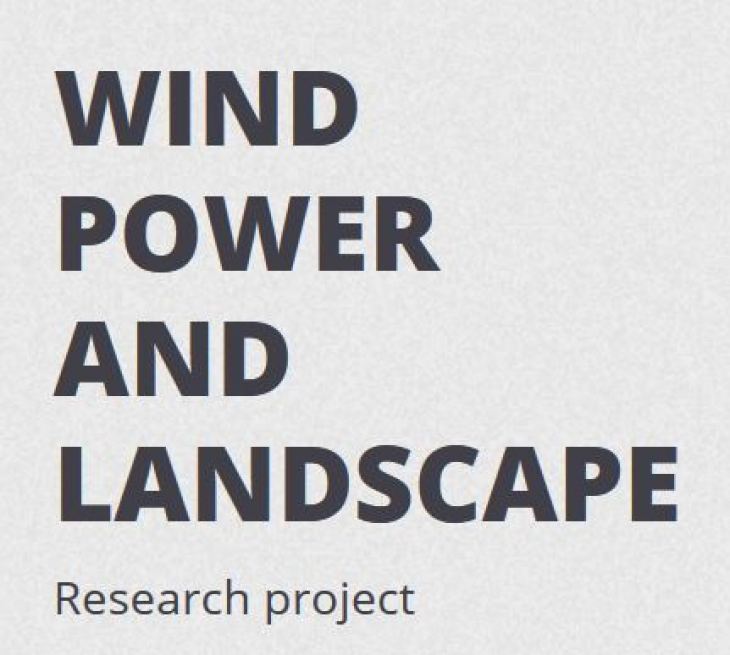 This project, funded by the Spanish Ministry of Economy and Competitiveness, brings together research groups from 3 countries, undertaking comparative case study analysis on landscape values in relation to wind farms in Spain, Sweden and Germany. The landscapes emerging from the development of renewable energies have become an important point of discussion in many European countries, since the European Union initiated a process of energy policy reform. In this project different concepts and methods for landscape assessment, in particular Historic Landscape Characterization (HLC), Landscape Character Assessment (LCA) and Cultural Ecosystem Services (CES) are compared. Special attention is paid to analysis of the coastal/offshore wind farm setting, because the offshore setting is playing an increasingly important role in the context of Maritime Spatial Planning. more

The overall objective of the project is: a comprehensive scientific knowledge base and practical guidance for the application of the Ecosystem Approach to the sustainable development of Europe’s regional seas. This will increase the evidence base available for decision makers and facilitate the practical implementation of the Ecosystem Approach, currently seen by some stakeholders as confusing and nebulous. 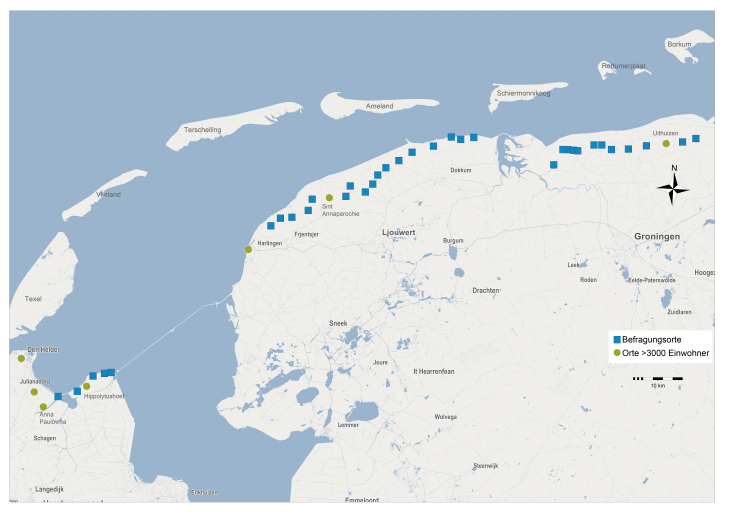 Nature and society are interconnected systems. It is important to understand values and attitudes of individual people, in order to understand the relationship of dwellers and nature. Perception of the coast, the region where people live, was surveyed in different studies along the German Wadden Sea coast. The present study is intended as the Dutch extension to these and explores the awareness of people with respect to space and place.

Wadden Sea survey on cultural identity in Denmark, Germany and The Netherlands (2013) 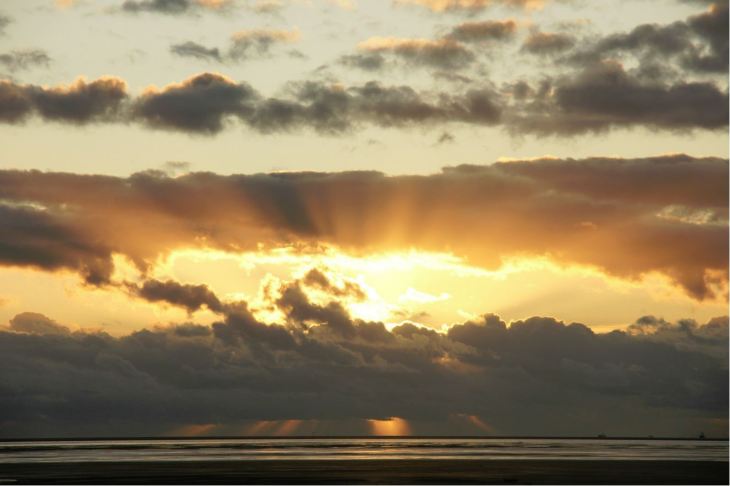 The survey, initiated by Prof. Ratter, has been conducted in cooperation with the Dutch foundation WaddenArt in Germany, Denmark and The Netherlands. Between July and December 2012 residents of the Wadden Sea area were interviewed about their cultural identity.
The results of the survey were published in November 2013 and can be downloaded here.

Study "Cultural Identity in the Wadden Sea Region of Denmark, Germany and The Netherlands" (1,5 MB)

Within the project BaltSeaPlan the department Human Dimensions of Coastal Areas had been contracted to support the development of a long-term vision for Maritime Spatial Planning in the Baltic. A preparatory report “Towards a Common Spatial Vision: Implications of the international and national policy context for Baltic Sea space and MSP” (BaltSeaPlan Report No. 8) developed the context for the vision. The resulting “BaltSeaPlan Vision 2030 - Towards the sustainable planning of the Baltic Sea space” is based on Pan-Baltic thinking, considering the whole Baltic Sea ecosystem and the whole Baltic Sea as one planning space. It identifies 4 topics that need to be addressed jointly as well as principles for cooperation and planning in a trans-national setting. more

Tide-Elbe – people's perception on culture, nature and economics in this region (2012) 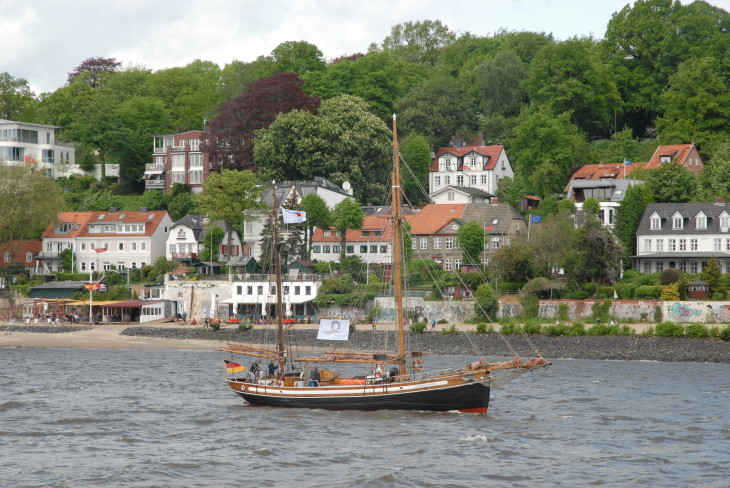 The Department of Human Dimensions in Coastal Areas at Helmholtz-Zentrum Hereon (Hereon) asked in a survey about challenges and chances for an integrated management of the Tide-Elbe region. The study has been conducted on behalf of Hamburg Port Authority (HPA) and showed that people are interested in enhanced nature conservation for the Elbe region but hesitate to participate in planning processes.

Study: "Tide-Elbe – people's perception on culture, nature and economics in this region" (in German)

The project cluster "Zukunft Küste – Coastal Futures" works towards integrated assessment for coastal changes. Based on the notion of socio-ecological systems, the application of the Driver-Pressure-State-Impact-Response (DPSIR) approach and the concept of ecosystem services, the cluster focuses on risks and opportunities associated with offshore wind farms in the German North Sea as an example for sea use change. The cluster with several work packages and project partners is led and coordinated by Hereon. Specifically, Hereon research within the cluster looks at societal and socio-economic impacts of offshore wind energy in the context of spatial planning.

Sense of place, environment and risk at the German North Sea coast (2009) 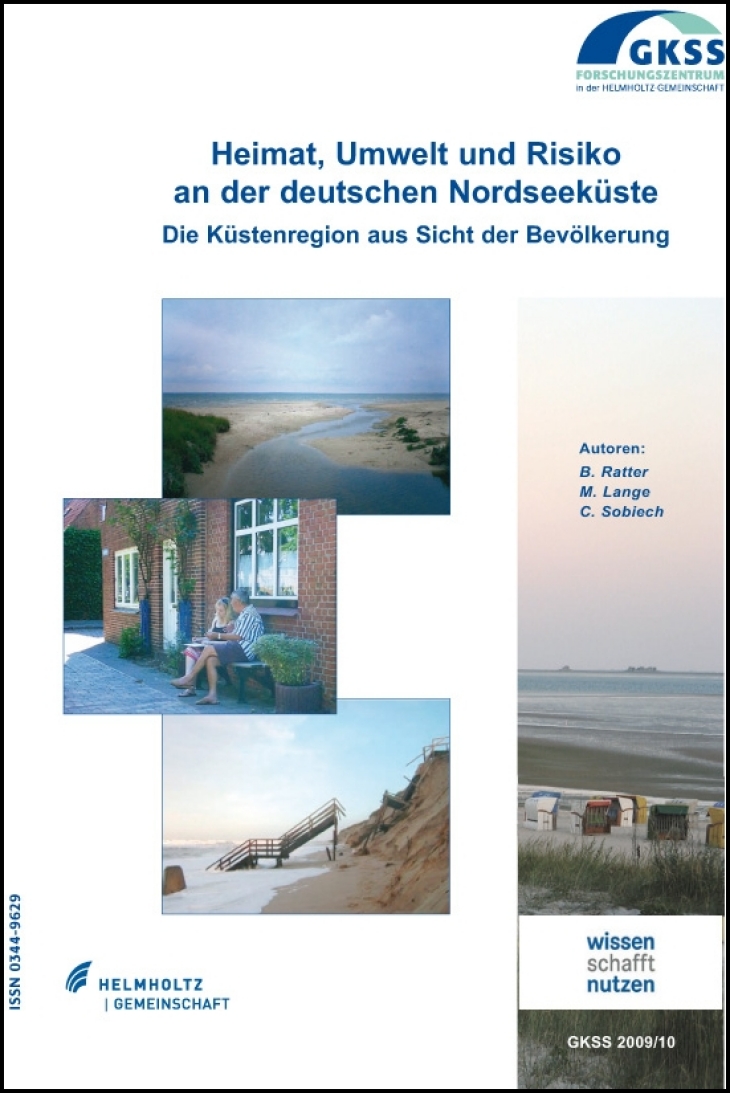 In the summer of 2008 the Wadden Sea Study 2008 was conducted in 22 communities of the North Sea coast in the Länder Lower Saxony and Schleswig-Holstein. Issues were regional identity, the natural environment as well as the perception of natural hazards.

Results are unfortunately only in German but can be downloaded here: