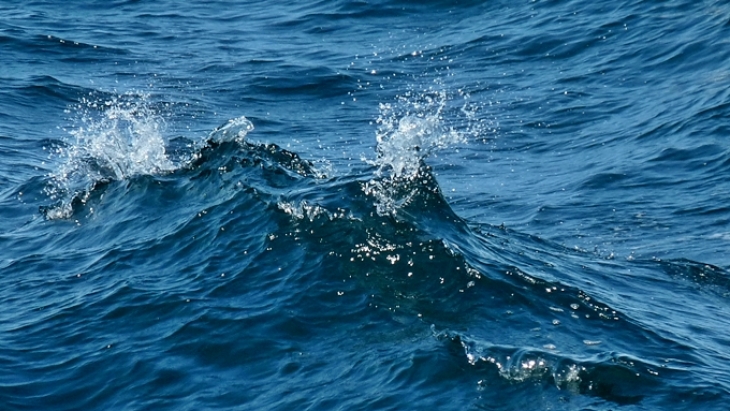 Image of a transition zone between stratified and mixed conditions in the North Sea 2014. -Image: Jeff Carpenter/Hereon-

In large portions of the North Sea during summer, increased heat input leads to the development of a warm upper layer that is somewhat disconnected to the cooler bottom waters by a relatively thin transition zone called the thermocline.

The goal is to understand these processes and to use this knowledge to model and predict possible changes. These changes could occur from, for example, the installation of offshore wind farms, or increasing temperatures due to climate change.

The Small-scale Physics and Turbulence group aims to quantify the turbulence that is generated by processes such as storms, or by the tides moving water over the sea bed. Turbulence generated in this way contributes to the mixing of the stratification and an increase in sediment suspension as particles are dragged up from the sea bed. Of particular interest are the turbulent mixing processes that are acting directly within the thermocline. 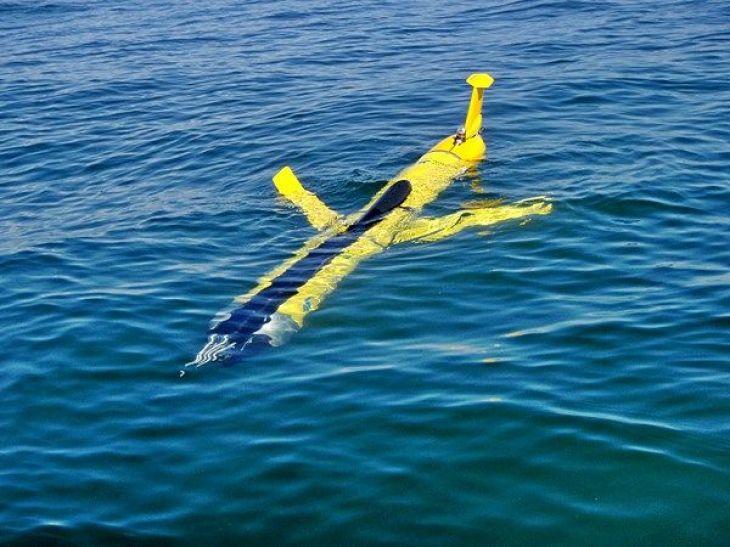 An ocean glider is deployed for a measurement campaign. -Image: Raimo Kopetzky/Hereon-

The research group Small-scale Physics and Turbulence is currently using ocean gliders to measure turbulent processes in the North Sea and other regions.

Ocean gliders are underwater vehicles that can be operated remotely via satellite connection to collect long-term and long-range measurements. They can be deployed for periods of many weeks at a time since they are designed to operate with a very low power consumption.

The ocean gliders sample the sea vertically by using a pump to adjust their buoyancy, and wings to propel them forward while diving and climbing, thus moving in a saw-tooth pattern through the ocean. They provide an ideal platform for turbulence measurements.

Ocean gliders have traditionally been used in deeper waters. Our research group, however, successfully operates them in the shallow and energetic North Sea coastal region though the heavy traffic provides significant operational challenges.

Beneath the Surface of the North Sea. The Institute of Coastal Research at the Helmholtz-Zentrum Hereon researches the North Sea in 3D.
(Article on ESKP) 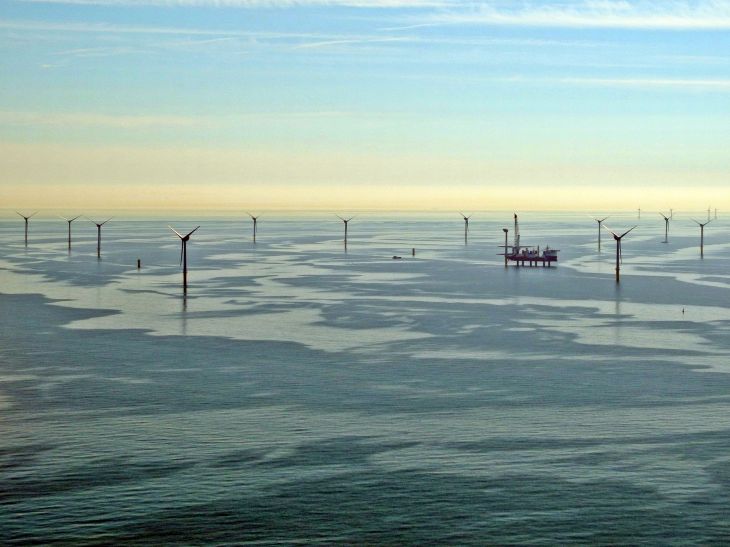 With the recent significant offshore wind farm developments comes the need to understand the impacts that these farms have on the ocean.

The Small-scale Physics and Turbulence group is working on both measuring, and building theoretical and numerical models, to quantify the possible impacts these farms have on the physical conditions in the German Bight sector of the North Sea. More specifically, the focus is on the turbulence created as the tidal currents push water back and forth through and around the wind farm foundation structures. The tidal currents will produce an increased turbulence in the wake of the foundations that may cause changes in the vertical distribution of temperature, nutrients, oxygen, and suspended particles. This could then in turn influence the biology and ecology of the North Sea.

Environmental Impact from Offshore Wind Parks. Join underwater hunters on the trail of eddies in the North Sea. Researchers from the Helmholtz-Zentrum Hereon utilise special gliders.
(Article on ESKP) 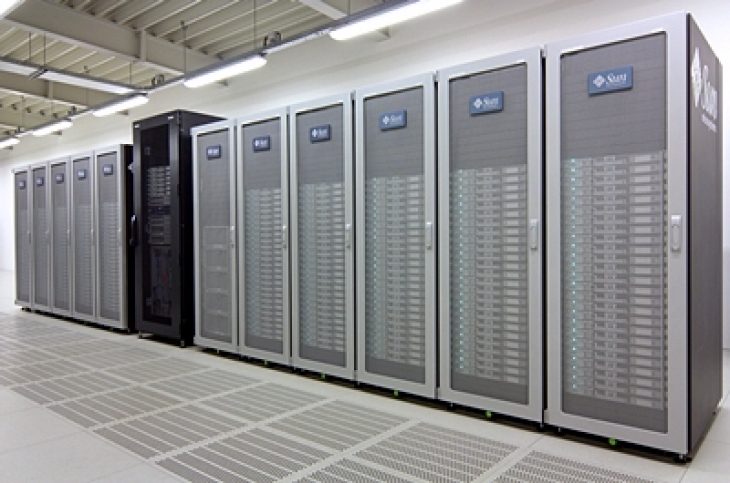 Many high performance computers are embedded in a computer cluster. -Image: Hereon-

In the efforts to understand the physics of small-scale ocean processes, the Small-scale Physics and Turbulence group usesDirect Numerical Simulations (DNS) and Large Eddy Simulations (LES) on large computer clusters to directly simulate the motion of the smallest of ocean eddies. These simulations are distinct from many global and regional ocean models, because they are designed to resolve the turbulent scales of motion (from centimeters to fractions of a millimeter).

The great advantage of this approach is that the physics of the turbulence is accurately captured, and one does not need to rely on simplified descriptions of turbulence. A disadvantage of these simulations is that they are extremely computationally expensive, and until very recently were limited to simulating turbulence on a "aboratory scale". However, recent simulations have shown that high-powered computer clusters are able to simulate realistic ocean conditions, such as in the deep waters of Lake Kivu, East Africa, as well as in the Arctic Ocean.

Given this recent success of the simulations, it can be used now to develop models that describe how heat, salt, and other important quantities will be transported. In the case of Lake Kivu this is important for both the sustainable management of the lake, as well as for the efficient planning and use of the energy resources that are contained in the lake's deep waters. Aim of investigating the Arctic Ocean turbulent mixing is to gain a better understanding of the ocean's role in the retreat of sea ice.

A computer cluster essentially consist of many tens, hundreds, or thousands, of computers all connected together. These clusters of computers are needed because the amount of computations required to simulate the turbulent motion of a fluid would otherwise take many years on a regular desktop computer.

Energy transfers in the near surface ocean 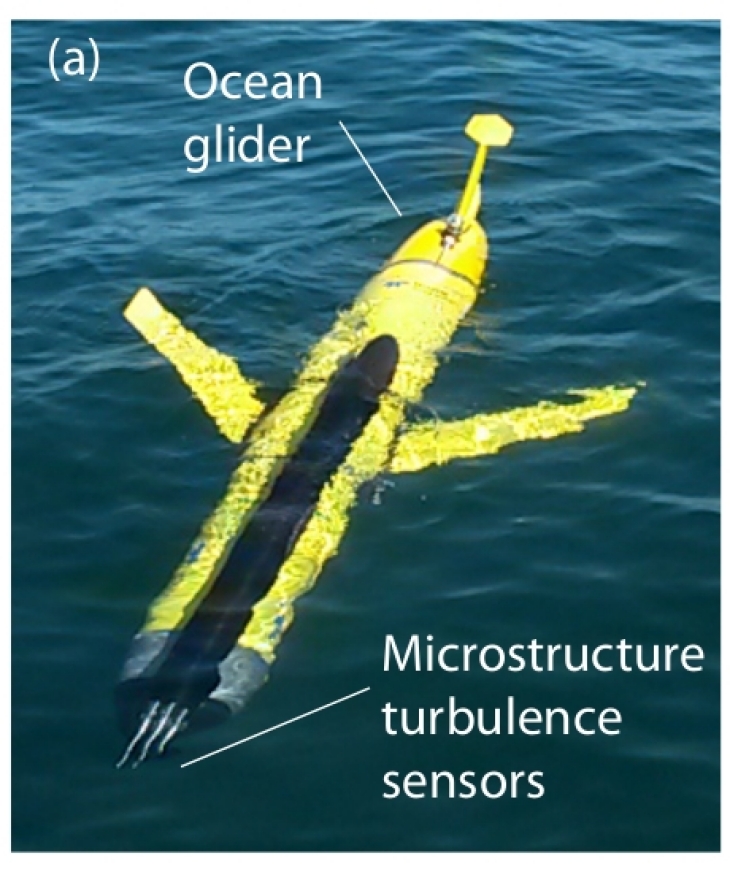 The research group Small-scale Physics and Turbulence is involved in a large multi-disciplinary project that aims to quantify and parameterise energy transfer processes in the atmosphere and ocean in order to improve the energy consistency of climate models.

Specifically, we are involved in two themes that focus on
(i) the small-scale energy pathways of submesoscale features in the surface layer of the ocean, and their communication with the deep ocean, as well as
(ii) developing techniques to quantify near-surface ocean turbulence and the atmosphere-ocean transfer of energy.

In order to quantify the energy transfers we use simulations of ocean turbulence on high performance computer systems, as well as turbulence measurements from ocean gliders, and particle imaging systems to quantify the interaction of airflow and ocean waves.
Additional information can be found on the project website in the subproject T2 (Ocean Surface Layer Energetics).