The department of Ocean Surface Dynamics is involved in several national and international projects. These projects a related to the development as well as application of radar remote sensing methods for getting a better understanding of surface and near surface processes. 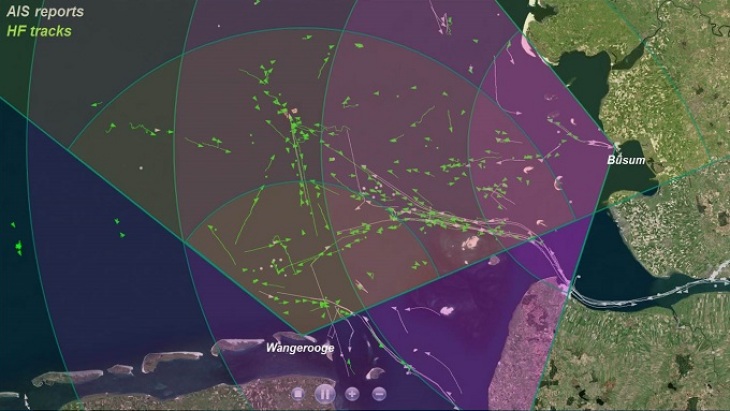 Within the COSYNA initiative the Ocean Surface Dynamics department operates three HF-radar systems along the German coast (Wangerooge, Buesum and Sylt). The radars are operated continuously and deliver a surface current field of the German Bight every 20 minutes. In addition the data are used to develop methodologies for ship detection tracking and fusion, which result in maps of ship tracks that are updated every 33 s. The latter is performed in collaboration with the Center for Maritime Research and Experimentation (CMRE), La Spezia, Italy. 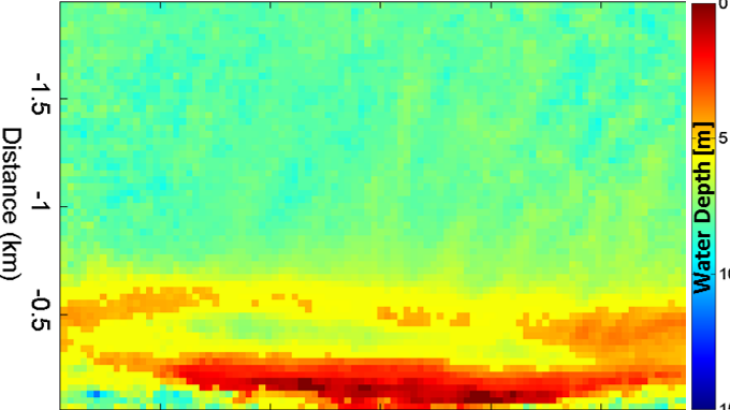 The Ocean Surface Dynamics department also operates two of its coherent marine radar systems on the island of Sylt and on the research platform Fino-3, located in the German Bight. The Sylt radar is utilized for testing the monitoring capability of radar-retrieved bathymetry and the Fino-3 radar for retrieving currents and waves on an operational basis with Hereon's radar tool ROWMS. 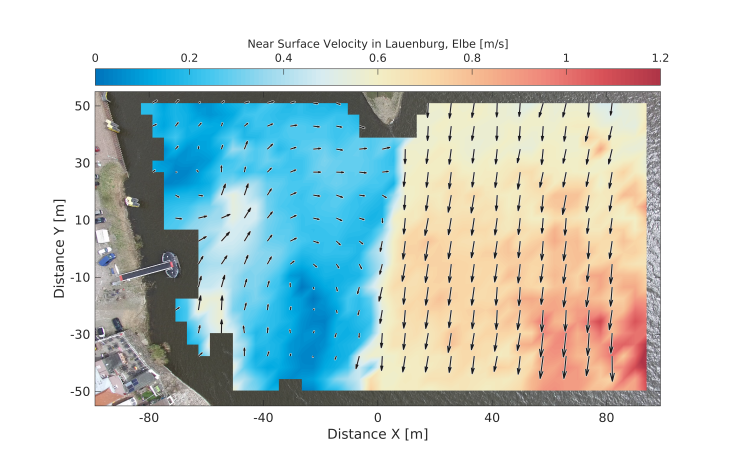 Within the Ocean Surface Dynamics department the open source toolkit CopterCurrents has been developed to measure surface currents from airborne video sequences of the ocean surface. Lately CopterCurrents is beeing used to investigate flow fields around fronts as well as to estimate river runoff. For more details on the toolkit as well as some examples visit the home page of CopterCurrents.

One objective within PACES II is the investigation of the influence of wind parks on the ocean dynamics. We developed measurement techniques to estimate the impact of near surface wind fields on the ocean surface using marine radar imagery. This was achieved by using our marine radar located on Fino-3 in vicinity of the wind park DanTysk, as well as data collected during the Heincke cruise 445 which travelled through several wind parks in the German Bight. Marine radars measure the small scale surface roughness of the ocean surface in space and time. We have developed methodologies to convert marine radar surface roughness to friction velocities and under most conditions also into surface wind fields. These measurements can be used to estimate the influence of wind farms on local surface wind conditions and therefore on the upper ocean dynamics.

Within the project Clockwork Ocean the department of Ocean Surface Dynamics works on the observation of the spatial and temporal dynamics of submesoscale eddies. Therefore, different instruments are being used such as coherent radars, Acoustic Doppler Current Profilers, surface drifters and video cameras. All these instruments are being utilized to measure the near surface currents in space and time. Novel methods to measure current and surface wave field characteristics are being developed, using radar and video image sequences.

Video showing overlays of marine radar data collected by the RV Ludwig Prandtl and infrared imagery acquired by a Zeppelin on June 22nd, 2016. In addition, the vectors show the mean currents measured by the Acoustic Dopper Current Profiler (yellow vectors) as well as the drift tracks of the surface drifters (coloured dots).

This video shows data from the various drifters (circles), the ADCP (vector arrows), the infrared camera (colored background) and the radar (gray steps). The radar measures the roughness of the sea surface - the darker the area, the smoother the water surface. Where the edges can be seen, the flow edges can also be identified. Images from the infrared cameras show the surface temperature with an accuracy of 0.01 degrees Celsius (in this figure, the red areas show warm water, blue stands for cold water). What is clearly visible here is the shape of the vortex, the core of which is about one kilometer in diameter. The data and images of the individual measuring instruments fit well above one another and illustrate the structures of the vertebra.

The images are not yet calibrated here and are not shown in full resolution - these are preliminary results. The data was recorded on June 22, 2016 between 9:42 am and 9:55 am.

The near-shore wave field is strongly affected by the local sea-floor topography. Waves that are traveling over a complex, shallow bathymetry undergo a strong, nonlinear change of their shape and propagation dynamics until the water mass gets unstable and the waves break.

During wave breaking, the incoming wave energy is transferred to currents, turbulence and heat. These wave induced parameters act as the main drivers for the mobilization and transport of local sediments and therefore they are of major importance for an understanding of long-term changes of our coastlines.

Despite their high relevance, many of the processes involved in near-shore hydro- and morphodynamics are still poorly understood.

Within “WaveDiss” we work on methods to provide a continuous , remote mapping of the near-shore, bathymetry, wave field, wave breaking intensity and currents.A consistent, long-term dataset of these quantities will open the opportunity to understand the near-shore hydrodynamics in a variety of different environmental conditions (e.g. different storm characteristics) and this may help to understand how the coastal zone is reacting to a change in climate conditions. 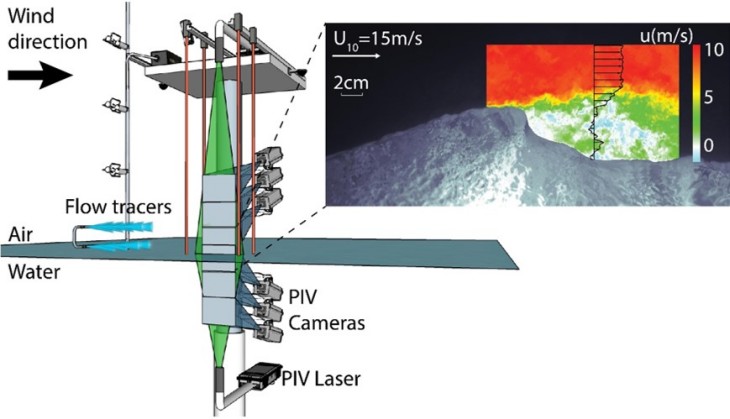 Air-sea fluxes of momentum, energy, heat and mass are crucial boundary conditions for weather, climate and oceanic motions. These fluxes are affected by the complex dynamics at the ocean surface, and in particular by the interactions between the wind and surface waves. In order to understand the complex feedback mechanisms between waves and the airflow dynamics, we are developing novel, experimental techniques including air-sea interfacial PIV (Particle Image Velocimetry), to visualize, quantify and understand the turbulent kinematics that control air-sea fluxes. We will use the obtained observations as well as existing controlled laboratory measurements to parameterize air-sea fluxes and to validate novel coupled numerical wind-wave models.

Within this project KDD is developing new methods to extract individual waves utilizing Hereons coherent on receive marine radar. The retrieved wave fields will be validated to buoy and additional wave measurements. Within the second part of the project the measured waves will be utilized within a simple numerical phase resolving wave model to enable a short term wave forecast of approximately 60 s.

Within the HF-radar work packages of JericoNEXT the main objectives are:

JericoNEXT is funded by the European commission within the framework of Horizon 2020. For more information refer to JericoNEXT

The project Wind vor Dan Tysk (WvDT) is funded by the German Federal Ministry of Economy and Energy (BMWi). The main objectives of this project are to use Hereon marine radar to quantify the local wind field in space and time. Furthermore, the radar image sequences as well as the resulting wind fields will be used to identify wind gust and estimate their size and propagation speed and direction. Theses parameters will be used to make a short term (30 to 60 seconds) wind speed prediction, which than can be used for an improved predictive control of offshore wind parks. 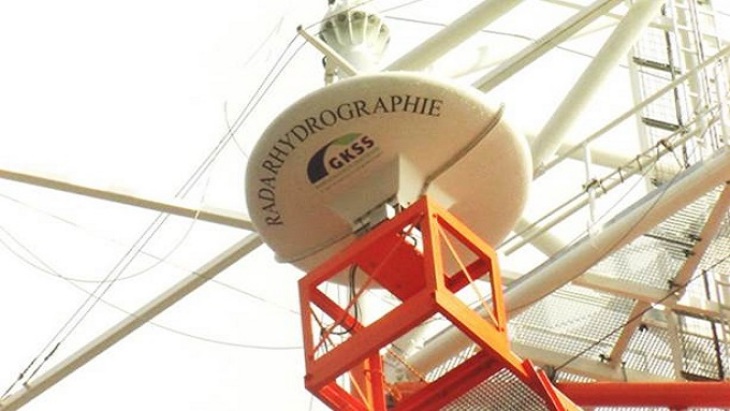 Within the Fino-3 Project, the department was investigating the influence of the offshore wind parks on the climate of the surface waves. For that purpose, Hereon X-band marine radar systems were deployed, along with different in situ devices available on the offshore platform Fino-3, as well as temporary moored equipment during the Heincke cruise 445 (May 2015). The Fino-3 project was funded by the German Federal Ministry for Economic Affairs and Energy (BMWi). 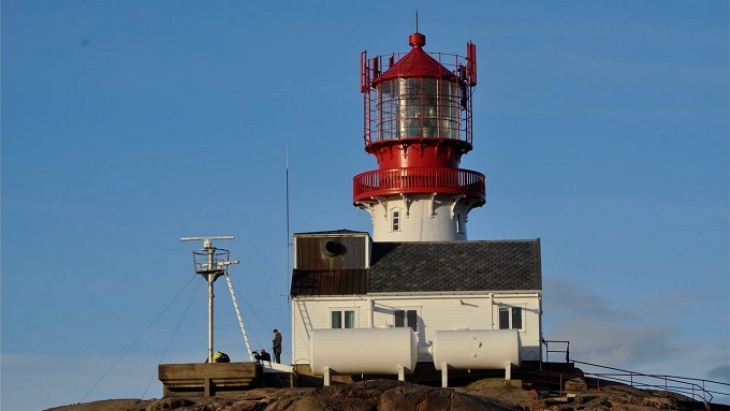 In this project, the department tested and improved their algorithms for wave retrieval using coherent marine radars. Therefore, their coherent marine radar was operated at the lighthouse of Lindesnes (Norway) in 2015. The data were used to measure the spectral wave parameters (e.g. peak period, peak wave direction and significant wave height) as well as individual wave parameters (e.g. wave height). These parameters were compared to the measurements of two bottom-mounted Acoustic Wave and Current Profilers (AWACs). This project was funded by the Norwegian Research Council within a collaboration between NORTEK and the University of Oslo, Norway.