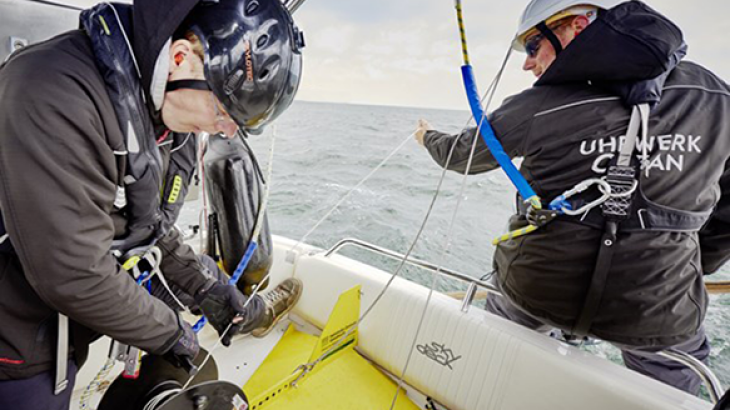 The term “submesoscale” refers to ocean eddies, fronts, and filaments with sizes between 10 m and 10 km. Submesoscale features have recently been subject to intense studies, as it is has been suggested that they are very important for many processes, such as the ocean energy transfer, vertical transport, and primary production.

To detect and observe submesoscale features it is necessary to resolve those patterns at the sea surface and in the interior of the ocean with spatial and temporal resolutions of a few meters and a few minutes, simultaneously. 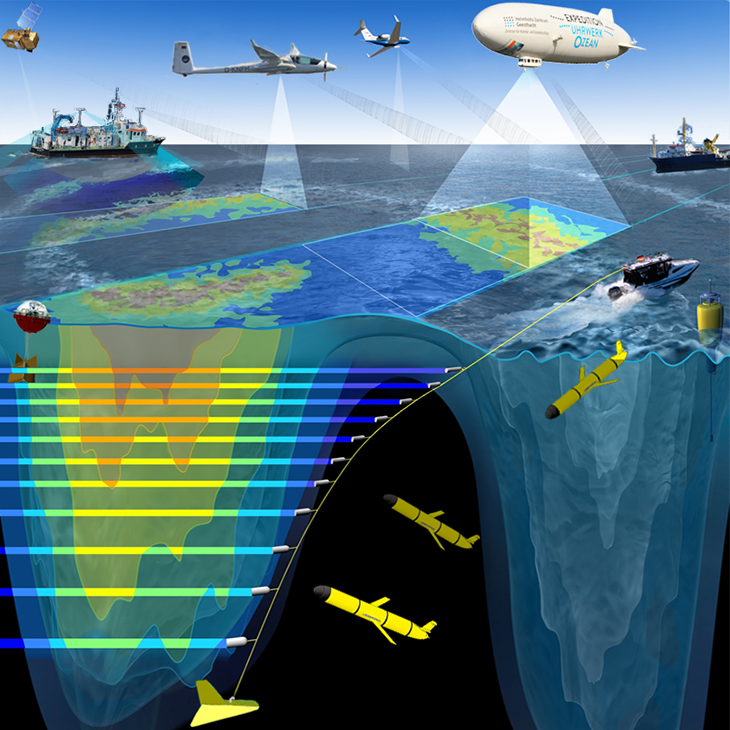 Large experiments took place off the coast of Southern California in 2014 (SubEx II) and in the Southern Baltic Sea in 2016 (Expedition Clockwork Ocean). Submesoscale features were observed with extremely high resolution, using various remote sensing and in situ sensors on airborne and shipborne platforms. A zeppelin was equipped with an infrared camera and a hyperspectral sensor for high-resolution aerial data to observe the dynamics and physical-biological coupling of the features. 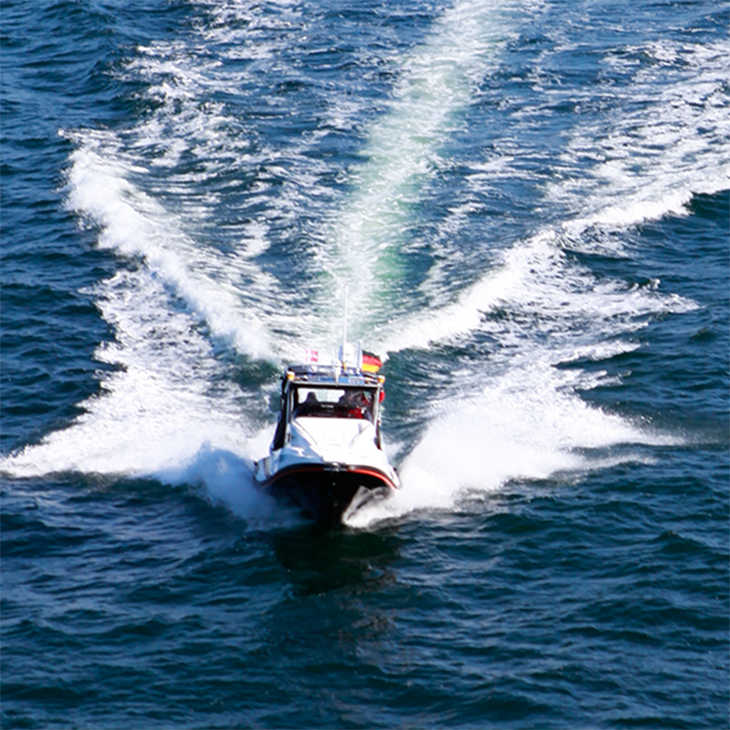 Speedboat Eddy runs towards an eddy during the Expedition. -image: Torsten Fischer/Hereon-

The research vessels Ludwig Prandtl (Hereon), Elisabeth Mann Borgese (IOW), and speedboat Eddy (Hereon) as well as underwater gliders, autonomous robots, and drifters were used for in situ observations. Eddy and Ludwig Prandtl served as a platform for a towed instrument chain (TIC) that was developed at Hereon for simultaneous measurements at several depths at high speed. Currently, up to twenty CTDs (with chlorophyll or oxygen sensors) can be deployed. They cover the upper 45 m of the water column and can be towed with speeds of up to 10 knots. 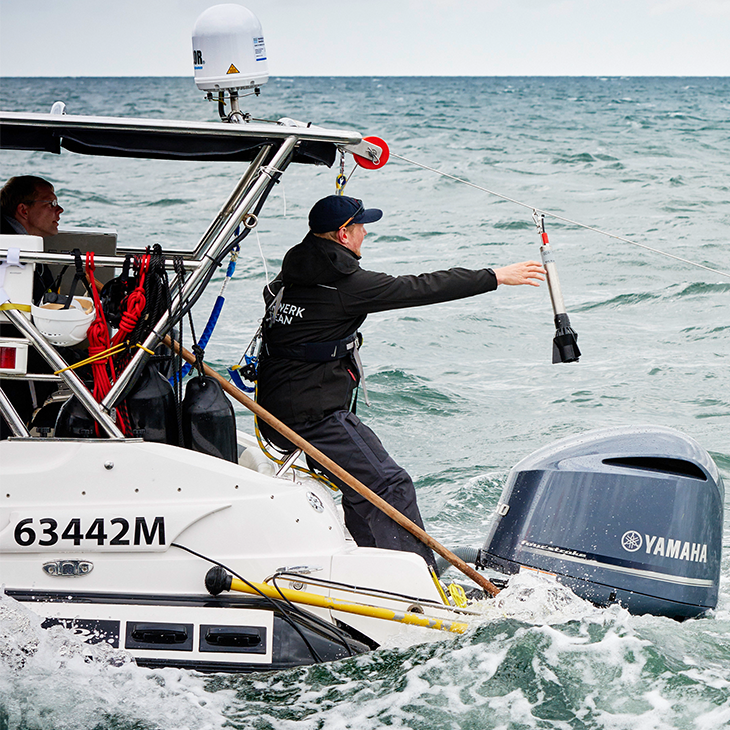 The observational data are used to determine where and at what rate energy is dissipated in the submesoscale wave band. Furthermore, it is investigated how submesoscale features may affect phytoplankton growth, for example, by increasing the transport of nutrients from deep to shallow water. 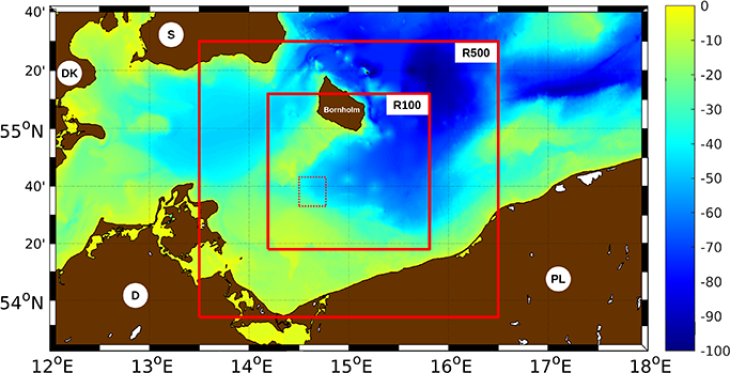 High-resolution numerical models are used for further interpretation of the submesoscale measurements. Presently, the Regional Ocean Modeling System (ROMS) is applied in a multiple offline-nested mode to the area of the observations.
The first nest is embedded in an existing operational model, and its task is to simulate the larger mesoscale environment. Further downscaling is accomplished by a second nest which enables the generation of submesoscale patterns on horizontal scales of less than 1 km. Animation 1 shows the evolution of the sea surface temperature in a subregion of the southern Baltic Sea during the Experiment Clockwork Ocean in late June 2016. A detailed view of the birth and decay of a submesoscale eddy is provided by Animation 2 by means of the surface density anomaly in the dashed rectangle.

Animation 2: High-resolution modeling of density in the Baltic Sea 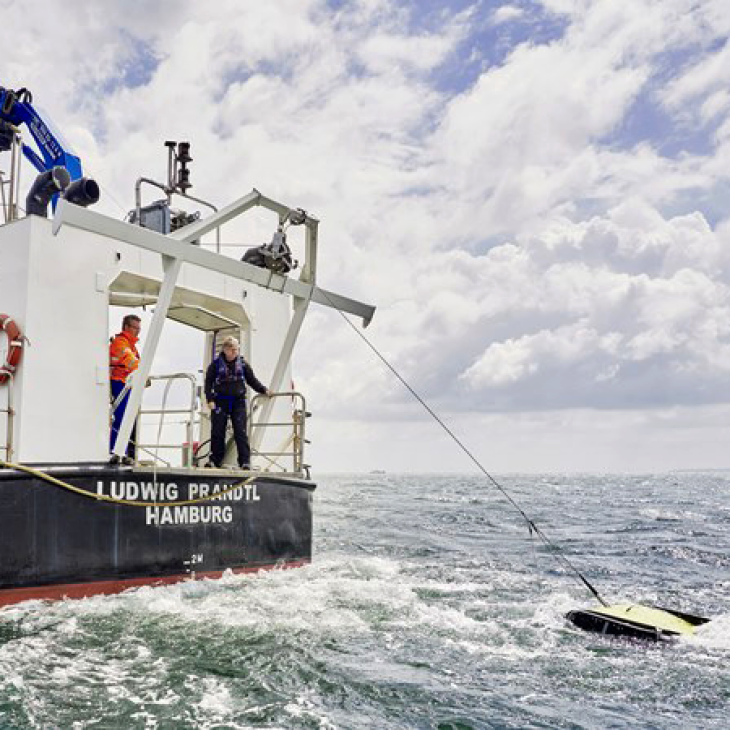 In the framework of COSYNA, cruises by research ships across the German Bight provide a quasi-synoptic overview of the German Bight three to four times per year. The towed undulating vehicle system Scanfish™ MK II (EIVA) collects highly-resolved vertical and horizontal profile data of the water column to complement the regular COSYNA in-situ and remote sensing data of the ocean surface. The Scanfish™ is equipped with CTD sensors, optical devices to study the distribution and content of phytoplankton and suspended solids. It is the aim to understand the position of the chlorophyll maximum in the German Bight and to provide data of the vertical density distributions for data assimilation in regional operational observation systems. 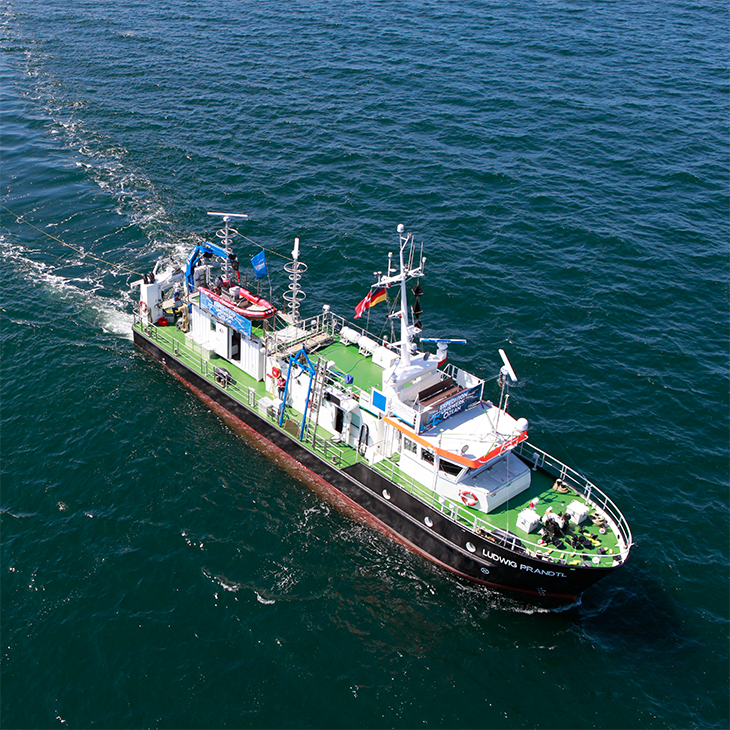 COSYNA (Coastal Observing system for Northern and Arctic Seas) is an integrated observing system, enabling the systematic and continuous observation of the North Sea and Arctic coastal waters. Computer models simulating coastal processes, can be examined and improved using the data collected. The objectives are to describe the current environmental condition and to make short-term forecasts.

The processed data are utilised by government bodies, the commercial sector and by the public to better plan routine tasks. The data can also assist in exceptional situations so that contaminants, oil spills or poisonous algae blooms can be better handled. 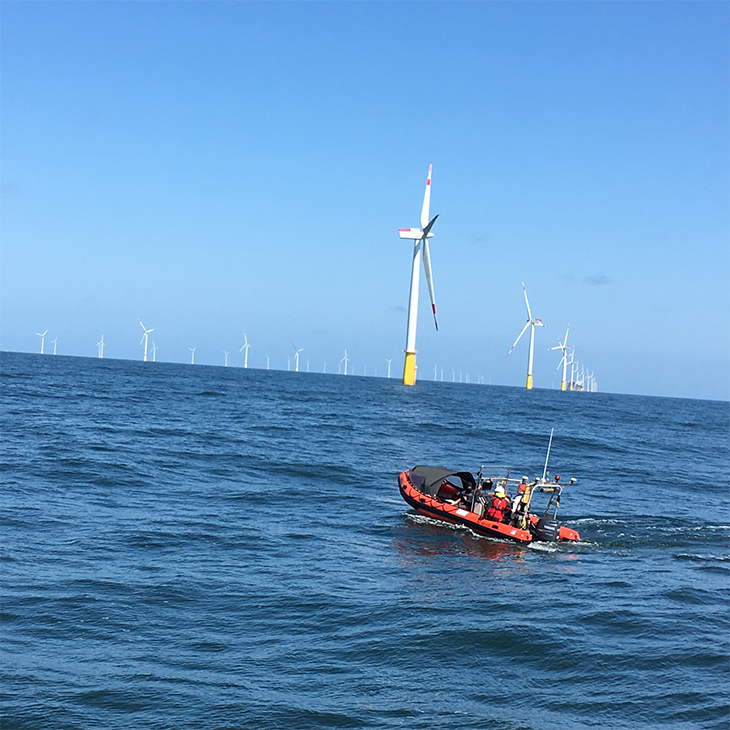 Because the substantial expansion of offshore wind farms may have considerable influence on the marine environment, they are a focus of scientific investigations. The COSYNA system is utilised in these studies with its comprehensive observation capabilities, including radar, buoys and satellites.

The observations include stratification, sea state and waves in the vicinity of these wind farms. The data are fed into the COSYNA computer models.