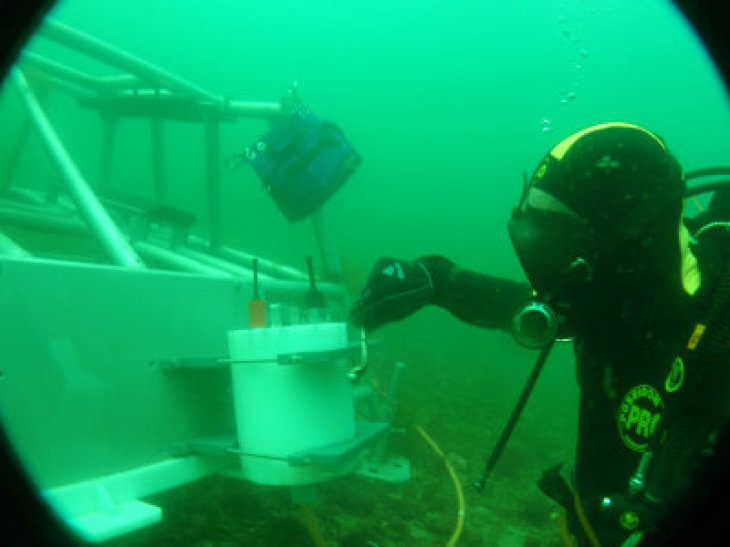 Within COSYNA, a stable underwater node technology has been developed for shallow-water (< 300 m) applications. Underwater nodes provide the necessary infrastructure, i.e., power and data communication, to continuously operate even complex and power consuming sea bottom based sensor systems. The cable connected system can be deployed for a maximum distance up to 30 km from shore for year-round operations, especially in shelf sea systems with harsh environmental conditions.

The COSYNA Underwater Node System is comprised of up to 10 docking stations for independent sensor units as well as a land based server system providing remotely accessible virtual user desktops for the scientists. 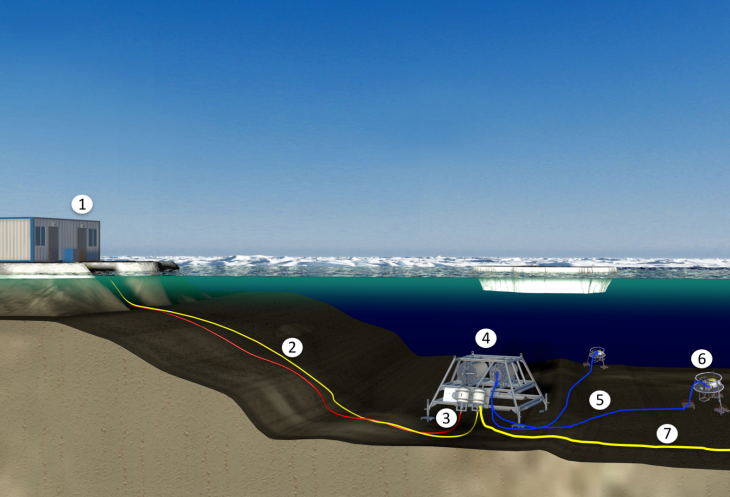 IIn 2017, three COSYNA Underwater Node Systems are in operation, one in the Southern North Sea oﬀ Helgoland, one in the Eckernförde Bight in the Baltic Sea and one in the Arctic Ocean at 79°N oﬀ Spitsbergen. New Underwater Observatory Boknis Eck (German only) 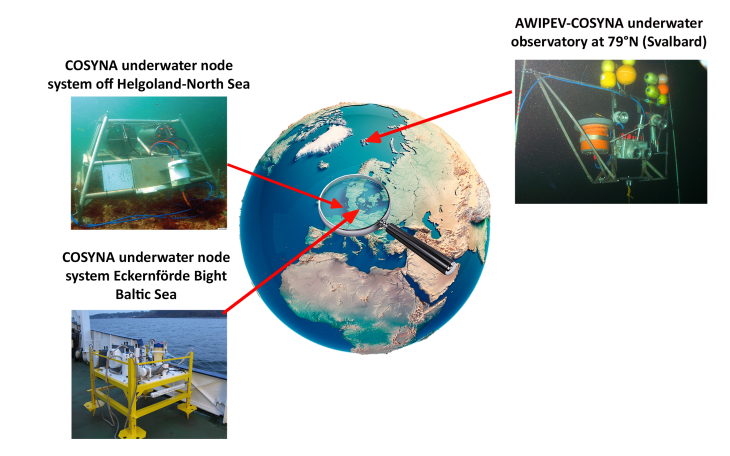 The COSYNA underwater node system at Helgoland and Eckenförde Bight (left) and in the Arctic Ocean at Spitsbergen (right). -image: Hereon, AWI-

All data are transferred to the users at 100 MBit/s (max. 1 GBit/s). The COSYNA underwater node technology has been developed and operated jointly by Helmholtz-Zentrum Hereon and the Alfred Wegener Institute Helmholtz-Center for Polar- and Marine Research in close co-operation with the two companies 4H-Jena (Jena, Germany) and loth-engineering (Wiesbaden, Germany). 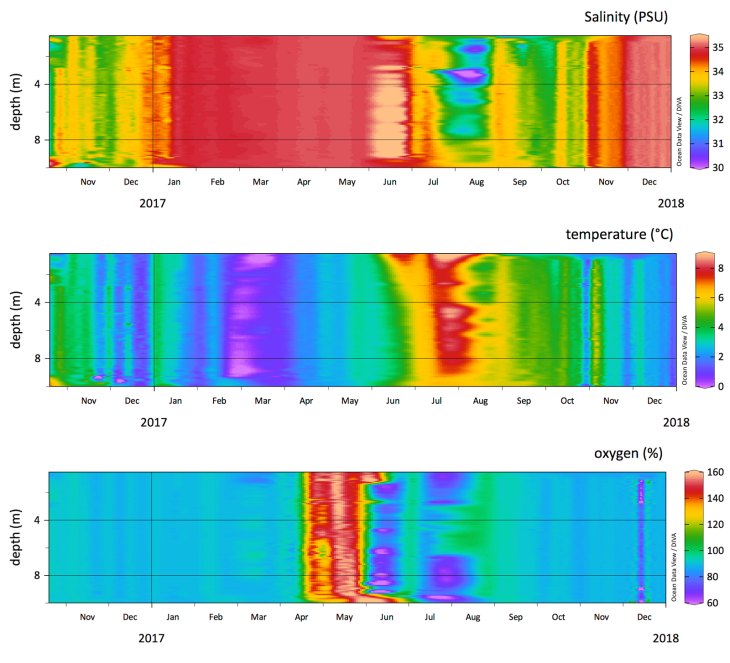 Salinity, temperature and oxygen from daily vertical CTD proﬁles at the AWIPEV-COSYNA Underwater Node at Spitsbergen. Data were measured within a depth range of 10-0 m between November, 2016, and December 2017. It is conspicuous that the salinity that was very high between January and May decreases with the onset of melting icebergs. However, some plankton bloom (oxygen oversaturation) already occurred in April after the icecover was diminishing. -image: Philipp Fischer / AWI-