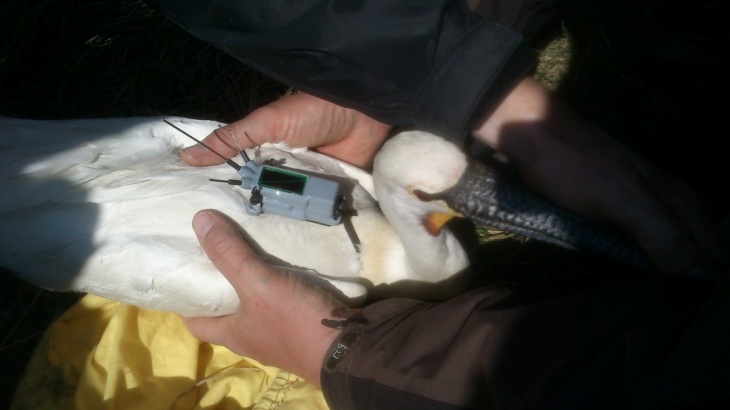 As top predators, seabirds depend on marine resources and, accordingly, are sensitive to environmental changes. Thus, any changes in their foraging behavior indicate changes in the marine environment. The use of GPS data loggers allows comprehensive tracking of foraging and flight patterns. Rapid ongoing advances in data logger development offer more and more possibilities: Devices become lighter and more efficient and can be applied to a great variety of seabird species. For instance, solar cells provide long-time tracking for several weeks or even years. Individuals are caught by walk-in traps on their nest and the devices are fixed on the birds’ backs by Teflon® tape around their legs or wings. 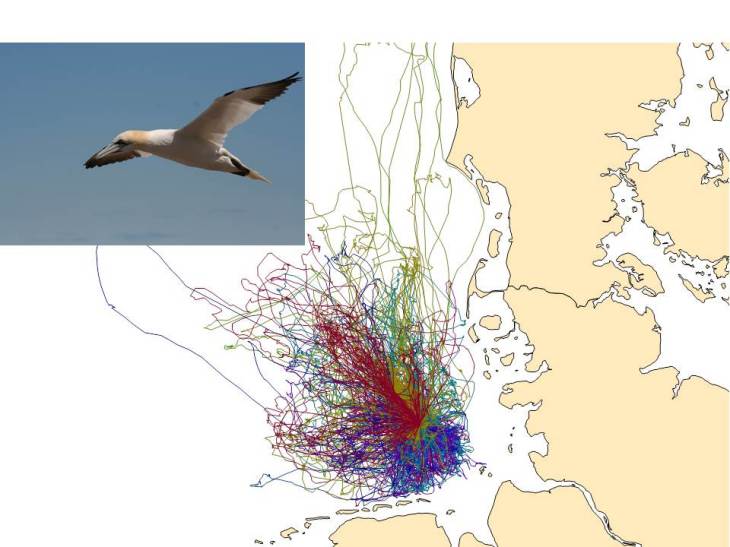 Besides information about seabird flight patterns, e.g. foraging hotspots, flight speed and altitude, data loggers can record the birds’ diving depth, pressure and surrounding temperature. Combining these data with environmental parameters from COSYNA measurement stations, e.g. salinity, sea surface temperature or chlorophyll, facilitates the understanding of the seabirds’ foraging behavior, their food intake and habitat choice. In turn, the recorded spatial and temporal flight patterns of equipped seabirds can be used as indicator for characterizing the environmental status of the North Sea to a certain extent. 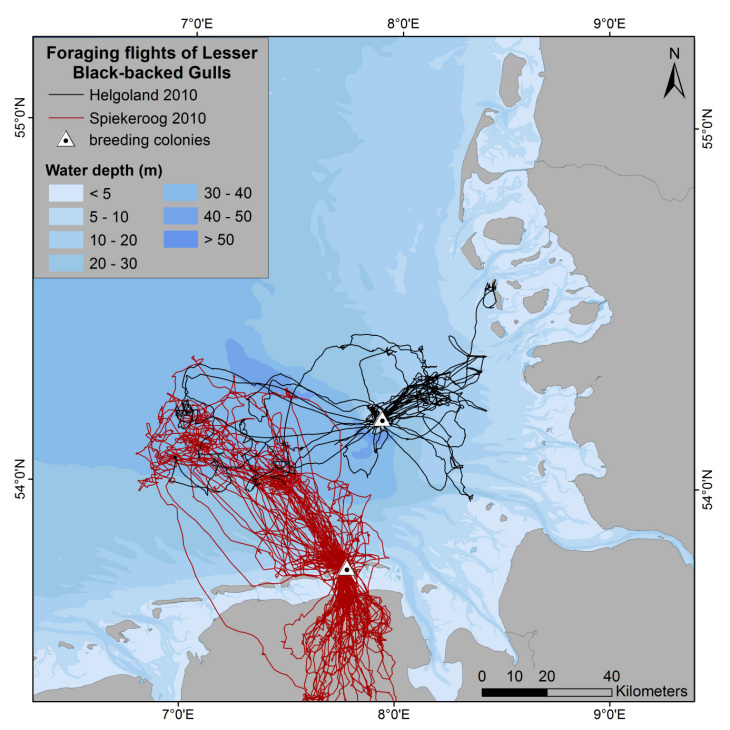 The tracking studies are carried out within the COSYNA framework by the Research and Technology Centre at Christian-Albrechts-University of Kiel. Study species are, e.g. Northern Gannets (Morus bassanus) and Lesser Black-backed Gulls (Larus fuscus).