Biogeochemical cycling of matter is characterized by the interaction of physical, chemical and biological processes. Its complexity is enhanced in shallow coastal waters due to a tight coupling of processes in sediments and the water column. Biogeochemical interactions, with various feedback loops, entail highly dynamic carbon, nitrogen, and phosphorus mass fluxes that can be estimated with biogeochemical models.
The Model for Adaptive Ecosystems in Coastal Seas (MAECS) resolves the dynamics of nutrients, phytoplankton, zooplankton, dissolved organic matter, and detritus. Its novelty is the focus on adaptation in the biota, including aspects such as size-selective grazing by zooplankton or photo-acclimation of algae, expressed by variations in the chlorophyll-to-carbon (Chla:C) ratio. MAECS is coupled to the physical General Estuarine Transport Model GETM. In the present version, observations are used to calibrate model parameterisations and to validate the model under a range of boundary conditions. COSYNA observations provide important constraints for flux estimation and magnitudes of spatial and temporal variability. On a longer-term, the assimilation of data into MAECS will improve state estimation, delivering reliable forecasts of ecosystem key-state variables. 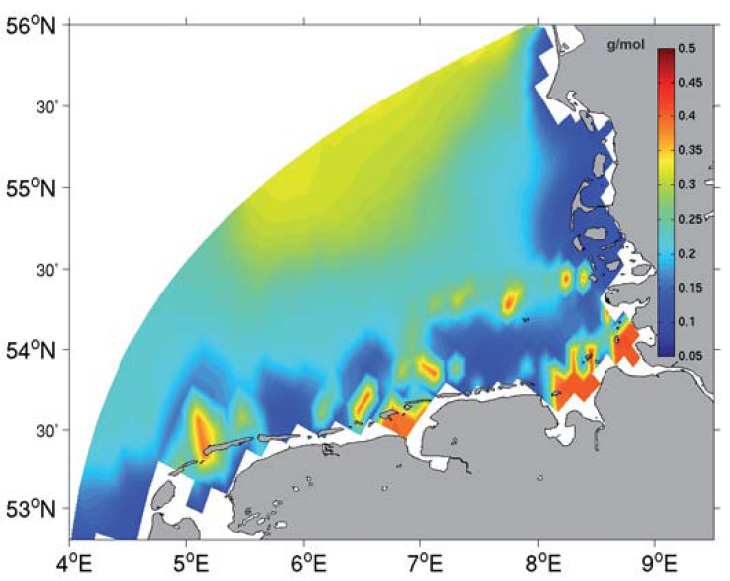 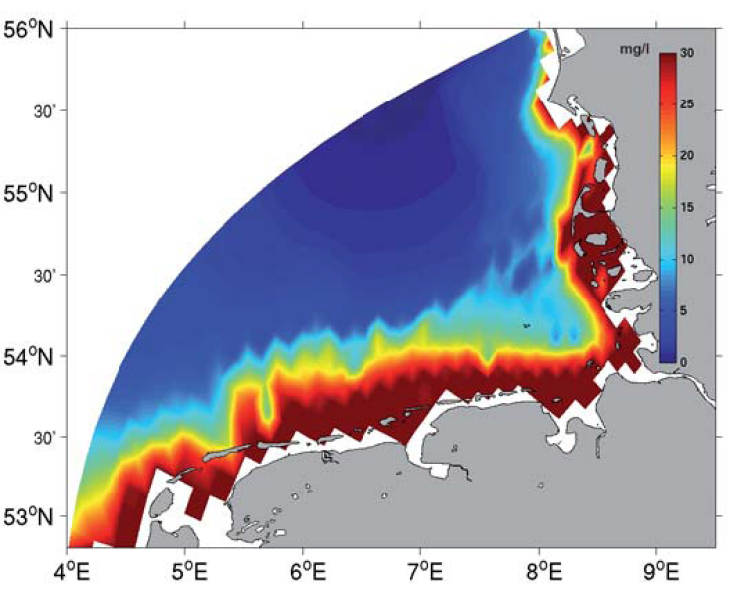 Second, growth of phytoplankton (“primary production”) and the exudation of polysaccharides control the coagulation and settling behaviour of suspended matter. Patterns can reflect regions with enhanced aggregation and sinking of algae, exporting organic matter to the sediments.