Seagrass Is Not a Miracle Solution Against Climate Change

Through the resettlement of seagrass meadows on the coasts, large amounts of carbon dioxide from the atmosphere are to be removed in the future to combat climate change. Be aware, however: seagrass meadows can, under certain conditions, release more carbon dioxide than they absorb. This is now shown in a new study by an international team of researchers led by biogeochemist Bryce Van Dam from Helmholtz-Zentrum Hereon, published in the scientific journal Science Advances. Whether the recultivation of sea grass meadows makes sense ultimately depends on the location. 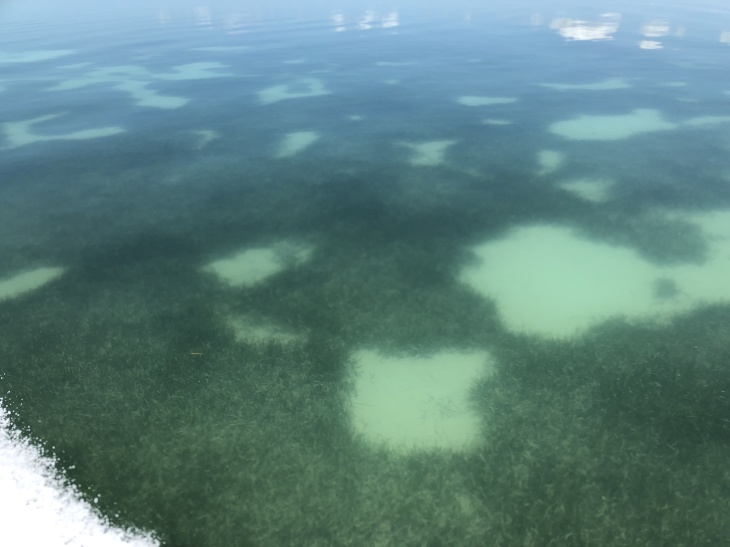 Seagrasses are aquatic plants that thrive in shallow, light-flooded water and are anchored by their roots to the soft seabed. Photo: Hereon/Bryce van Dam

To avert the worst consequences of climate change, humanity needs to considerably reduce the amount carbon dioxide (CO2), a greenhouse gas, in the atmosphere over the coming years. To this end, a common suggestion is to restore natural CO2 reservoirs on the coasts that have been destroyed in many locations during the past decades. This includes mangrove forests, salt marshes and what are known as seagrass meadows. Seagrasses are aquatic plants that thrive in shallow, light-flooded water and are anchored by their roots to the soft seabed. For many animal species, such as manatees that live in tropical waters, seagrass meadows are vital grazing grounds. At the same time, they serve as nurseries all over the world for numerous young fish. All of these plants absorb CO2 in order to develop their tissue. When these plants die, they become deposited in the sediment of the seabed. This is how a portion of the carbon dioxide, which the plants originally absorbed from the air, is stored in the sediment. The reforestation of mangrove forests and the regeneration of saline and seagrass meadows are now grouped under the term “blue carbon methods”. These methods were originally meant to serve coastal protection and restoration of valuable ecosystems. As they are nature based, they are now considered by many scientists among the most vital measures to combat climate change. 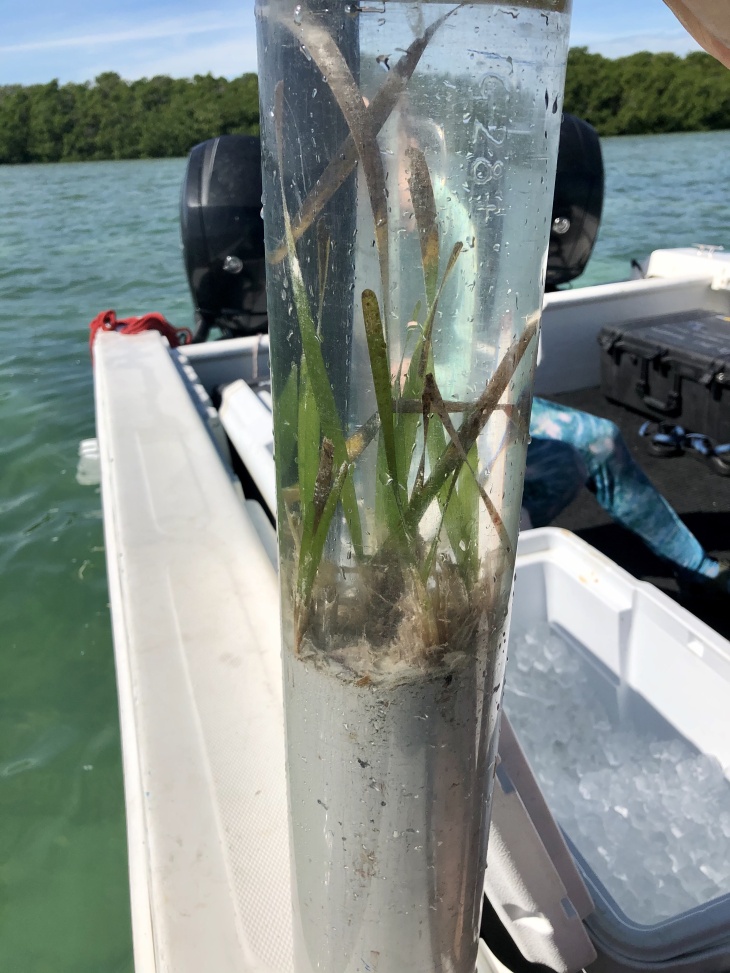 As biogeochemist Dr. Bryce Van Dam from the Helmholtz-Zentrum Hereon has now been able to demonstrate, the fight against climate change by recultivating seagrass meadows is nevertheless not as simple as experts previously thought. Some seagrass meadows release more carbon dioxide into the atmosphere than they store. This surprising insight, which Van Dam’s team has now published in Science Advances, is enormously important for correctly calculating the actual climate protection potential of seagrass meadows in the future.

Seagrass meadows are found on many coasts all over the world, including in Europe. They are most widespread in tropical regions. “By taking measurements in seagrass meadows off the coast of Florida, we could show that some of these tropical seagrass meadows absorb considerably less carbon dioxide than has long been thought,” says Van Dam, who conducts his research at the Hereon Institute of Carbon Cycles. “In contrast, on some coasts, they even emit more CO2.” This is because many chemical processes in the plants and in the sediment take place that other experts have so far neglected when calculating carbon dioxide uptake. “It depends on many different processes as to whether seagrass meadows actually help reduce carbon dioxide in the atmosphere. “

In the warm tropical waters, however, this does not function as smoothly. The metabolic processes of the seagrass plants convert the dissolved carbonates to lime when it is warm. This lime then trickles to the seafloor. This results in the loss of carbonate, which would otherwise bind carbon dioxide. “The result is that these seagrass meadows hardly bind any carbon dioxide. On the contrary, they tend to release carbon dioxide through various other biochemical processes,” explains Prof. Helmuth Thomas, an expert in biochemistry. Thomas is director of the Hereon Institute of Carbon Cycles and is coauthor of the current study. 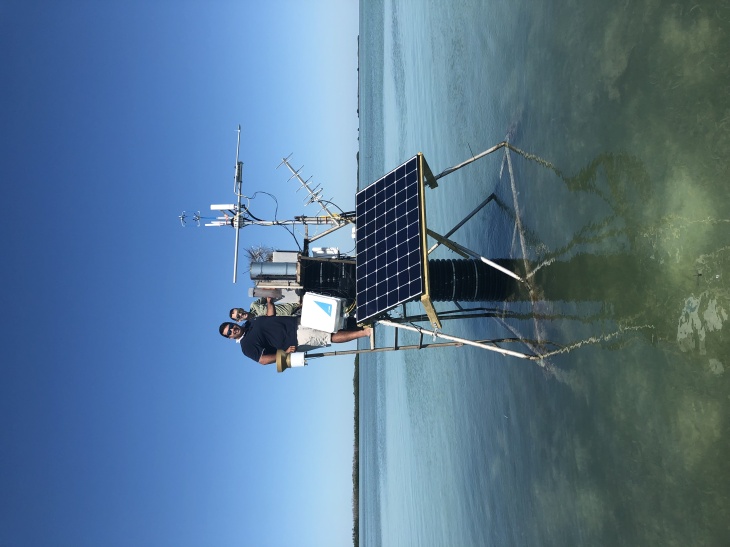 The international team led by Hereon applied a novel combination of methods to build a complete carbon budget that allowed them to account for all of the CO2 produced and consumed in the ecosystem much more precisely. In the first method, they directly measured the exchange of CO2 between the water and atmosphere using an approach called “eddy covariance”. This approach has been used for many years in terrestrial ecosystems, but the team at Hereon is part of a community that is now extending its use to coastal waters. With a second, similar method, they directly measured the exchange of bicarbonate and other chemicals between the sediment and water. Lastly, they used geochemical sampling to measure the many processes in the sediments which act together to consume or produce CO2. “Really, the novel aspect of this study is that we were able to combine all of these approaches together at the same place and at the same time,” says Bryce Van Dam. “By linking measurements in the sediment with related measurements in the water and in the air, we were able to track and account for the important processes that drive the ecosystem toward storing or releasing CO2.”

As nations search for ways to meet their carbon reduction targets under the Paris Agreement, talk of CO2 offsets under blue carbon schemes appears promising to many. However, Dr Van Dam says, “We cannot rely on blue carbon offsets to counteract the CO2 that we put into the atmosphere by burning fossil fuels. Rather, we must first reduce CO2 emissions and then protect these coastal habitats for the many financial and environmental benefits they offer us, which may not always include CO2 sequestration”.a

In addition to the Helmholtz-Zentrum Hereon, researchers from the following establishments contributed to the study: The Leibniz Institute for Baltic Sea Research, Warnemünde; Florida International University; University of Florida; and North Carolina State University.