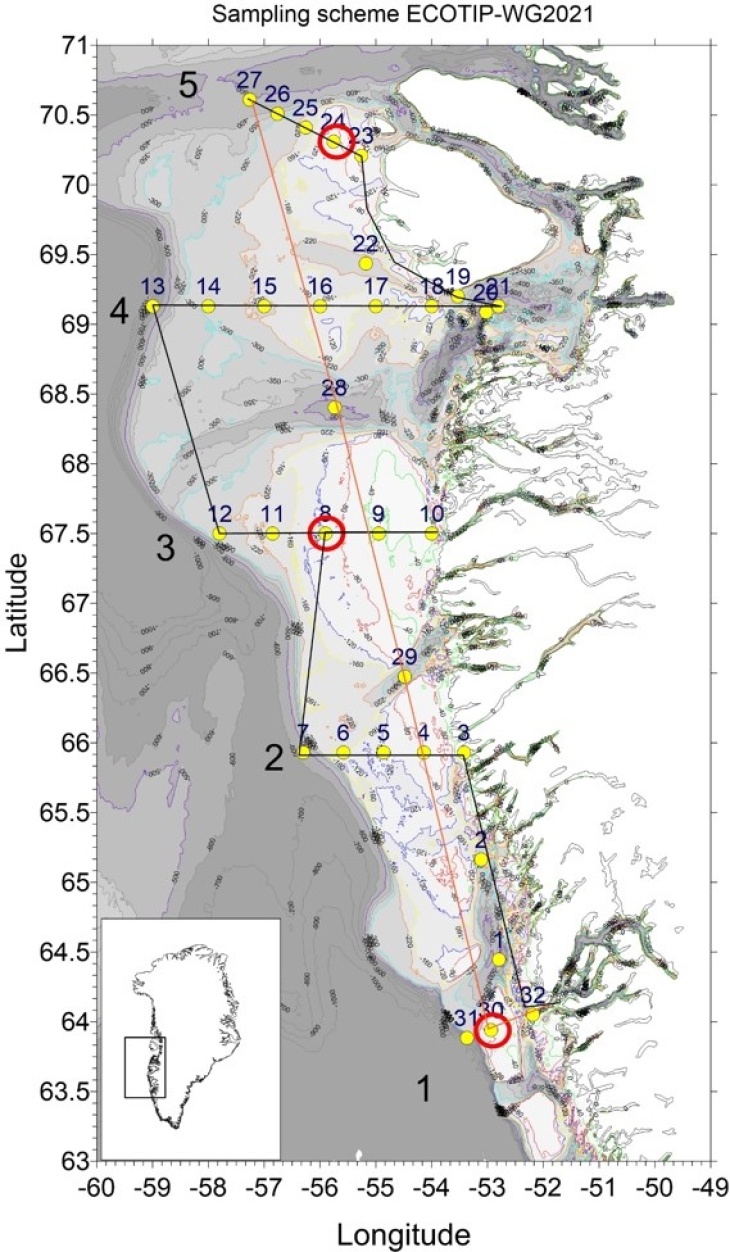 The DANA will take the researchers along the west coast of Greenland from Nuuk to Disko Bay and back. Graphic: ECOTIP

An international group of 20 scientists will embark on a 2-week research cruise leaving from Nuuk, Greenland, on Saturday 17 July to investigate changes in the marine environment off Greenland´s west coast, and what these changes mean for the ocean´s ability to provide fish and store carbon from the atmosphere. On board are three scientists from Helmholtz-Zentrum Hereon.

The research cruise aboard DANA, Denmark´s largest research vessel, will include scientists from Helmholtz-Zentrum Hereon, Denmark´s Technical University, Aarhus University, the Arctic University of Norway, Åbo Akademi and the University of Vienna. DANA plans to arrive in Nuuk from Reykjavik, Iceland on the 13 July and set sail on 17 July once all scientists have arrived and are all installed. The Dana will return to Nuuk on the 30 July. The cruise is financed through the European Horizon 2020 research project ECOTIP.

The goal is to investigate a number of globally-relevant processes in the marine environment related to climate change. These include whether rising ocean temperatures and freshwater input from glaciers in Greenland can trigger a shift in marine ecosystems, which might affect both fisheries production in Greenland and the ability of oceans to store carbon from the atmosphere.

The cruise will focus on the micro-organisms at the bottom of the food chain – phytoplankton and zooplankton – which form the basis of almost every ocean food web, and which scientists believe are being directly affected by the changes in the climate due to changing oceans. There will also be a strong focus on seafloor (benthic) ecosystems, sedimentation and the use of paleo-oceanography.

From Geesthacht to Greenland 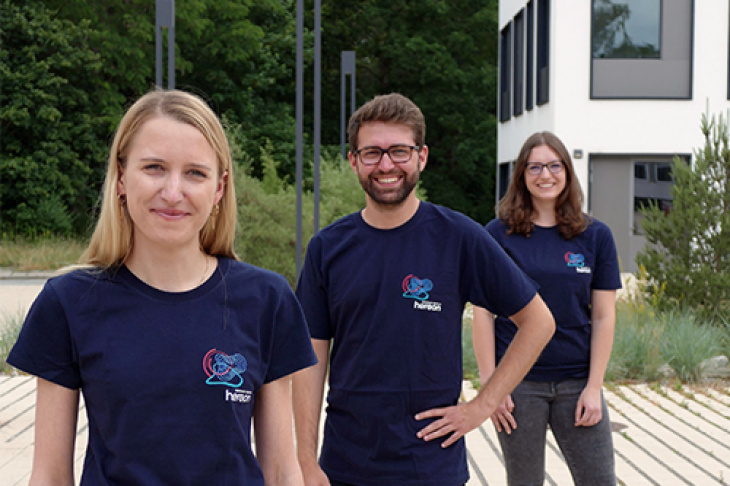 Katarzyna Koziorowska-Makuch, Daniel Bastian and Claudia Schmidt (v.l.n.r.) are looking forward to the expedition in the north. Photo: Hereon/Gesa Seidel

The three participating researchers from the Hereon Institute of Carbon Cycles will primarily take water and sediment samples. These will be prepared while still on board and first measurements will be taken. The more complex analyses will then take place in the laboratories in Geesthacht. "Our focus is particularly on lead, mercury and iron. We are also measuring pH values and carbon dioxide concentrations, which will give us an indication of ocean acidification, a consequence of climate change," says Dr. Helmuth Thomas, head of the institute and ECOTIP project coordinator at Hereon. "In addition, we will analyze the water for specific isotopes. This will allow us to determine how much water in the ocean is meltwater, which originally came from the ice sheet on Greenland."

Participating from Hereon are Dr. Katarzyna Koziorowska-Makuch, Claudia Schmidt and Daniel Bastian. Katarzyna Koziorowska-Makuch is a postdoctoral researcher in biogeochemistry from the Institute of Oceanography at the Polish Academy of Sciences. She is currently at Hereon as a Bekker Program fellow. PhD student and environmental chemist Claudia Schmidt joined the Institute of Carbon Cycles in 2019 and was already on an ECOTIP expedition to Svalbard last summer to collect samples. Daniel Bastian, a geoscientist, is also doing his PhD at Hereon and joined Helmuth Thomas' team this year. 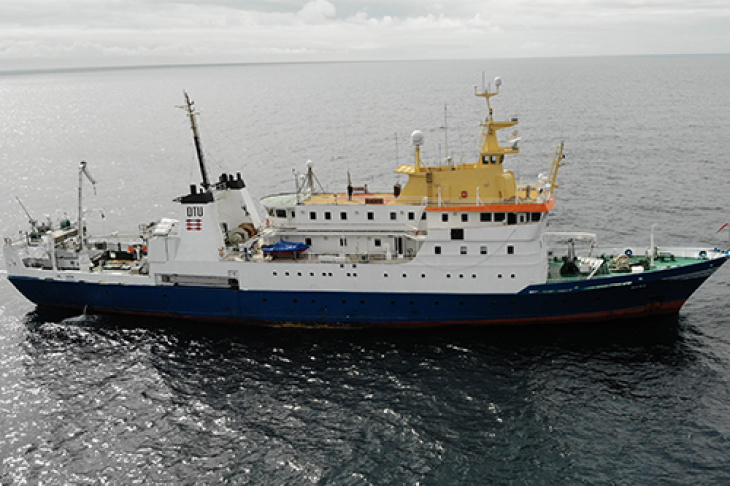 ECOTIP – Ecological tipping cascades in the Arctic Seas is a flagship Horizon 2020 research project focusing on understanding and predicting changes in Arctic marine biodiversity and implications for two vitally important marine ecosystem services: fisheries production, which is the economic lifeblood of many Arctic communities, and carbon sequestration, which has important feedbacks to the global climate.