An algal bloom in the Baltic Sea.
satelite image: HZG

How long has the Baltic Earth programme existed? 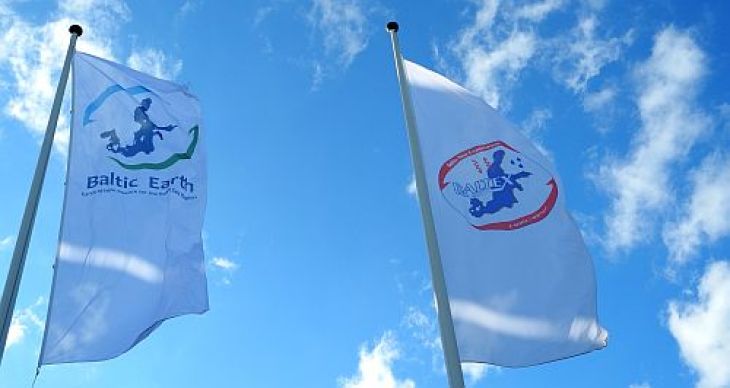 Baltic Earth originates from a former programme called BALTEX, which existed for 20 years (1993 – 2013). It was a research programme for the whole Baltic Sea drainage basin involving many scientists and institutions. Main research areas were hydrology, meteorology and oceanography. This programme existed in two phases. The second phase was characterized by an extended research scope and lasted until 2013. Additional topics included regional climate change, climate variability and biogeochemistry as well as education and aspects regarding outreach to stakeholders and the general public. Instead of adding a third BALTEX phase in 2013, the decision to create something new resulted in the foundation of Baltic Earth. Baltic Earth mainly extends the scope of BALTEX Phase II, but also adds some new aspects, like the role of humans in the regional Earth system.

What are the main topics covered by the scientific work in the context of Baltic Earth?

• Land- Sea biogeochemical feedbacks – This includes all the processes as nutrient turnover and runoff that are taking place in the drainage basin and their impacts on the biogeochemistry of the Baltic Sea.

• Sea level dynamics – Sea level in the confined Baltic Sea basin with only several narrow outlets to the ocean has a lot more variations than global sea level. Also, the land uplift in the northern part of the basin counteracts the global sea level rise. Understanding how sea level dynamics will develop in future is a challenging task. Regional particularities, which determine the local sea level, are also present in many other regions of the world.

All these aspects have to be specifically examined by particular research projects. Main tools which scientists use are numerical modelling and analysis of observations.

Why is the Baltic Sea an interesting area of investigation for such a network?

I have to go back in history. BALTEX was, from the very beginning, a part of the GEWEX programme, which combines research programmes dealing with large, continental-scale river catchment systems all over the world and which aims at describing the regional water and energy cycles in different parts of the world, to improve the regional climate and weather models. BALTEX interpreted the Baltic Sea catchment as a large river drainage basin with an oceanographic component. It was at that time (beginning of the 1990s) that the iron curtain between the Eastern and Western European states fell, and BALTEX helped to facilitate the free transfer of scientific information, data and people. It has been over twenty years and now it is absolutely normal to have Russian or Estonian scientists in the network without any problems.

So why is the Baltic Sea region so interesting for us? First of all, the drainage basin covers about 20% of the European continent. The north is mainly dominated by a subarctic climate whereas the south has a boreal climate and high population numbers. What is more, the drainage basin is an old cultural landscape where people have come together for thousands of years and there is a long research tradition in the Baltic Sea region. The sea itself has a very interesting biogeochemistry which differs from the biogeochemistry of the North Sea and most other continental shelf seas. This is related to the morphology of the Baltic Sea basin and the narrow outlets to the world’s ocean. So there is a lot of interesting and important research to be done. Another aspect is the need for the riparian states to solve the common environmental problems in the Baltic Sea drainage basin, and we hope that Baltic Earth as an international and interdisciplinary research network in the region can help a little.

Who are the partners in the network? What stakeholders are involved?

Basically, it is a research network including scientists and scientific institutions in the different countries surrounding the Baltic Sea. These are the main participants of the network. Not only are riparian states involved but also some scientists from other countries, for instance Belarus, since part of the catchment belongs to Belarus. In addition to the scientific community, we are aiming at outreach to political stakeholders. As an example, I can name the very good cooperation with HELCOM, which is the interface between policy and science in the Baltic Sea region. HELCOM used our BACC material for their own assessment reports. Also, we have collaborated with international organizations like BSSSC, the Baltic Sea States Sub-regional Co-operation, CBSS, the Council of the Baltic Sea States, and PSO, the Forum of Parliament Members of the Southern Baltic Sea. All these are political networks interested in receiving reliable scientific advice as a support for political decision making.

What difficulties arise in working with so many scientists from different countries?

Both a good and a bad thing is the communication in English. We all have to cope with that. Although it is sometimes difficult to communicate, no country has an advantage because in all the countries English is a foreign language. I consider this a good thing. Apart from that, the budget and the funding differ from country to country. However, scientists work mainly on the budgets of their home institutions or own projects, and the only additional costs are the travelling costs. For almost all participants it is possible to attend our meetings. Of course there are minor differences in mentality and conception of time, for instance. If we Germans prepare a conference, we get nervous when we do not have it all organized two years in advance, while in other countries half a year before the event people say: “We still have plenty of time!” In summary, I can say that we have a common science culture here, which I consider very positive.

Who brings the scientists and projects together? Who coordinates the network?

Baltic Earth is a self-organized network of scientists. There is no hierarchy. Research is done by scientists in their own institutes. But there is a science steering group of about twenty people that is responsible for defining the direction of research. Those are people from different countries and disciplines. In my opinion, there are two words which perfectly characterize the Baltic Earth network: “international” and “interdisciplinary”. The purpose is to bring together the projects which are done anyhow in order to get an added value for the whole region, to try to synthesize or assess individual project results with the aim of identifying existing knowledge gaps and to stimulate new projects. Apart from the steering group, there are working groups responsible for the set-up and coordination of specific research topics or “grand challenges”.

Where does the funding for Baltic Earth come from?

There is no major dedicated central funding for research in Baltic Earth. The only long-term stable financial support has been the funding for the BALTEX and Baltic Earth Secretariat here at the Helmholtz-Zentrum Geesthacht (HZG). I would like to take this opportunity to thank the HZG for this year-long investment into the Baltic Sea research community. The participating scientists and research groups work on their “own” budgets, which are either institutional or generated through research projects funded by national or international (for example EU or BONUS) sources. BALTEX researchers have been very successful in getting research projects funded in both BALTEX phases. Currently there is one proposal from within the Baltic Earth community on extreme events in the Baltic Sea region which we hope to get funded by the EU.

What are the main tasks undertaken by the Baltic Earth Secretariat?

The Secretariat mainly coordinates the activities, helps the steering group in logistical matters, organizes meetings, conferences, workshops, summer schools and also publications outside of the network. One of my activities is to present Baltic Earth internationally and to advertise the network because it is an open network and everybody who is interested is invited to participate.

One main outreach product is the BACC book. The BACC II book will be published soon. In your opinion, why is this product important and what are the main target groups? 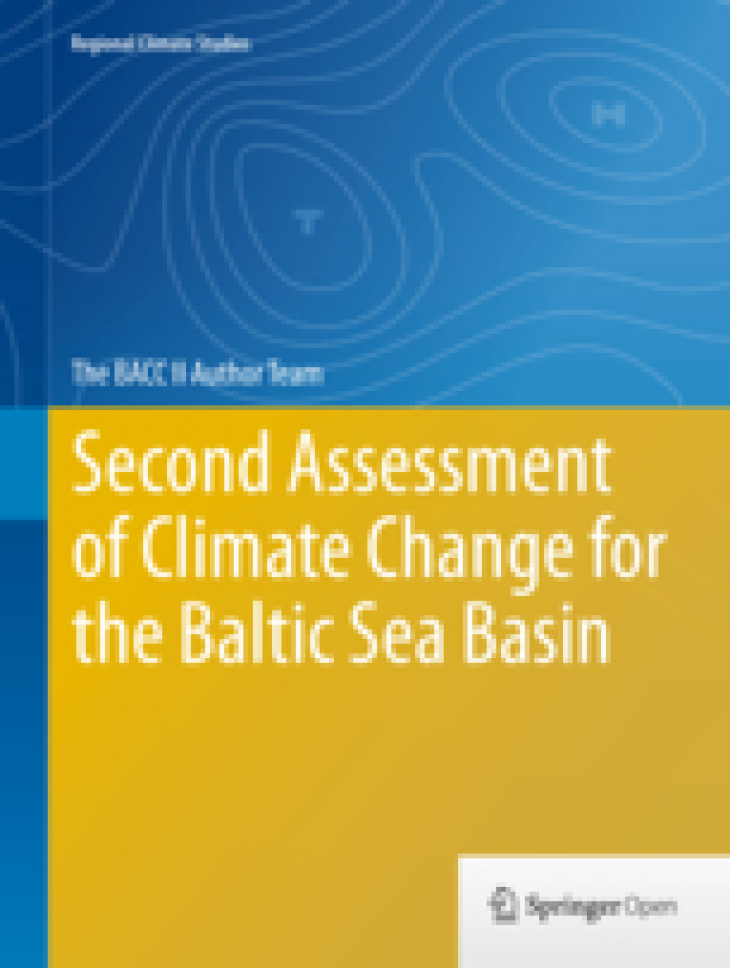 The BACC book helps tremendously to get an overview of current climate change knowledge in the Baltic Sea region. It compiles many hundreds of scientific papers from various disciplines and brings them together in a well-written textbook. It is basically similar to the IPCC-report, which brings together global climate change knowledge in a comprehensive form. The BACC project does this on a regional scale. This example is being followed in many other regions of the world. It is important to see that there is some consensus on the information available but also to say where no consensus can be found. What is already known and what do scientists disagree on?

Honestly, it is written by scientists for scientists. However, I consider it readable for an interdisciplinary community of scientists. Biologists should be able to read the atmospheric part and vice versa. Also, the authors aim to reach the political community and the general public. In reality, I believe that Baltic Earth needs to establish some more outreach products based on the BACC material. Not only is it the complicated scientific content, which non-scientists can find too difficult to understand, but also the English scientific language can be regarded as highly complicated. Therefore, after the publication of the BACC II book, Baltic Earth aims at producing small, easily understandable summary booklets in the languages of the Baltic Sea countries.

What has been done to reach the target groups?

The Baltic Earth Secretariat communicates via mailing lists, over the website; we are present at different conferences in order to make the scientific contents of the report known and to advertise the book. In this way, we hope to reach the scientific community of the Baltic Sea region to a very large extent. Still, it is possible that some people have never heard of it although we try to communicate it through many channels, including on social media.

Apart from the new BACC book, are there any new projects planned by Baltic Earth in the near future?

We will organize two summer schools in August in Sweden and Estonia, and also two scientific workshops in November. One will be in Rome, on regional climate modelling, together with the Mediterranean research community HyMex. We aim for collaboration with other comparable research networks in other parts of the world, for which this is a good example. The second workshop will take place in Helsinki, specifically about the Gulf of Finland. Then, in June 2016, the first Baltic Earth Conference will take place in Lithuania, in Nida on the Curonian Spit.

Marcus, you are the head of the Baltic Earth Secretariat. How did that come about?

I started here at the HZG in 2005. At that time, and many years before that, Hans-Jörg Isemer was the head of the International BALTEX Secretariat. I took over three years ago and became the head of the Secretariat, and together with Silke Köppen and Hans-Jörg, there are now three of us in the Secretariat, but I am the only full-time Baltic Earth “servant”. The transfer from BALTEX to Baltic Earth is to a minor extent also “my baby”, so there is some heart and soul involved. But let me stress that it is not me alone in the Secretariat, and I am grateful for the experienced advice of Hans-Jörg and particularly for Silke’s administrative and technical help. 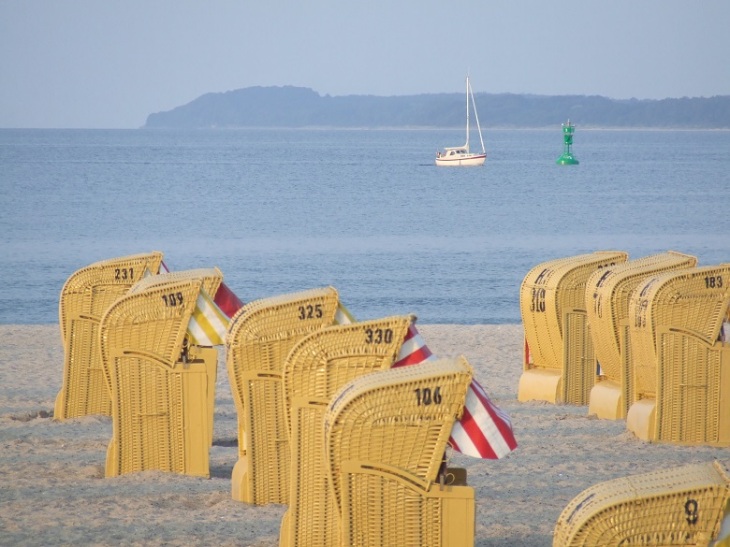