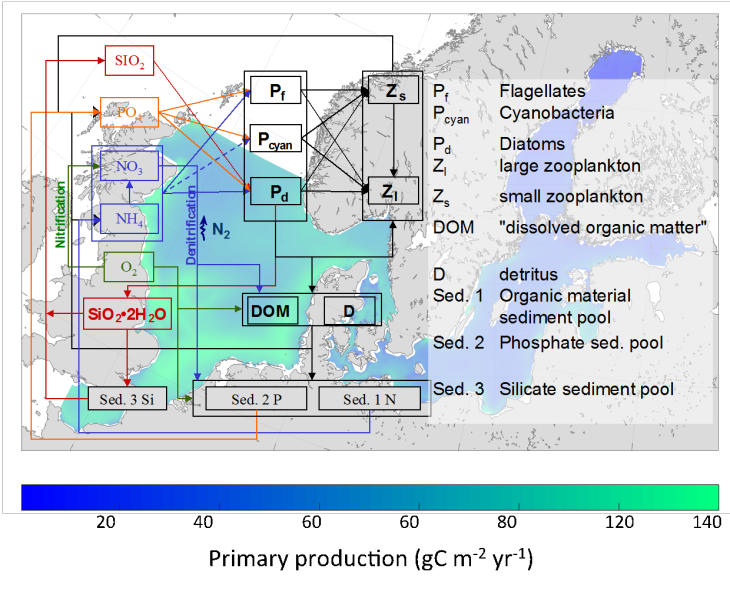 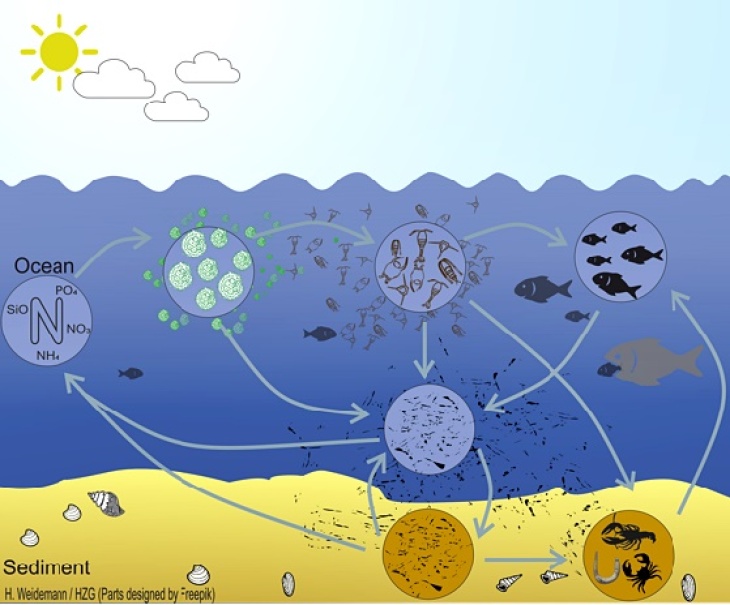 To address food web related questions in the Baltic Sea, we developed the 3d coupled ecosystem model ECOSMO E2E (Daewel and Schrum, 2016), which is an NPZD-Fish modelling approach that bases on the ecosystem model ECOSMO II (Daewel and Schrum, 2013). The model represents both fish and macrobenthos as functional groups that are linked to the lower trophic levels via predator-prey relationships (Figure). The model allows investigating bottom-up impacts on primary and secondary production and cumulative fish biomass dynamics, but also bottom-up mechanisms on the lower trophic level production. 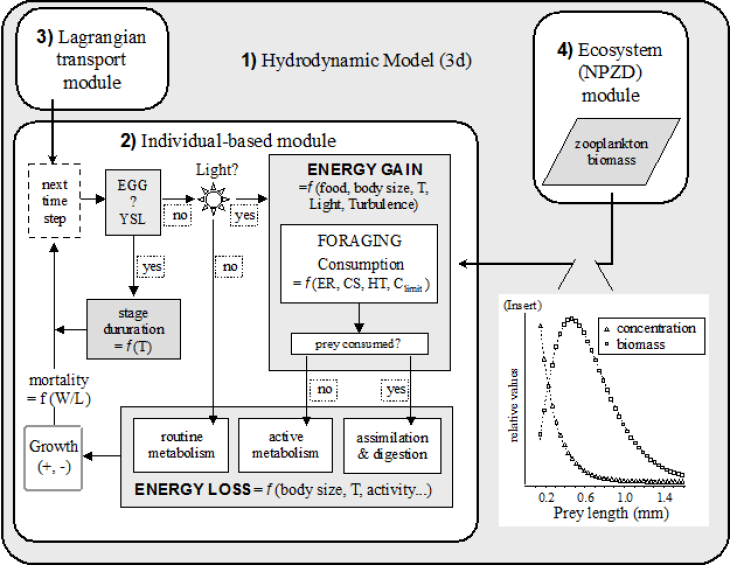 Using spatially explicit Individual Based Models (ECOSMO-IBM) we are able to address scientific questions related to early life stages of marine species. With help of this model setup we can follow the trajectories of individual particles in both space and time. The ECOMSO-IBM model was first described by Daewel et al. (2008) in an application for sprat (Sprattus sprattus). An additional IBM submodule for North Sea Atlantic cod has been parameterized and described in detail by Daewel et al. (2011a). The latter has been used for a long-term simulation coupled to the ECOSMO II biogeochemistry to resolve changing potential of larvae survival in the North Sea (Daewel et al., 2015). A statistical IBM exists also for brown shrimp (Daewel et al., 2011b).

Further modules are available within the ECOSMO framework to resolve the fate and transport of pollutants (e.g. Bieser and Schrum, 2016, 2018)