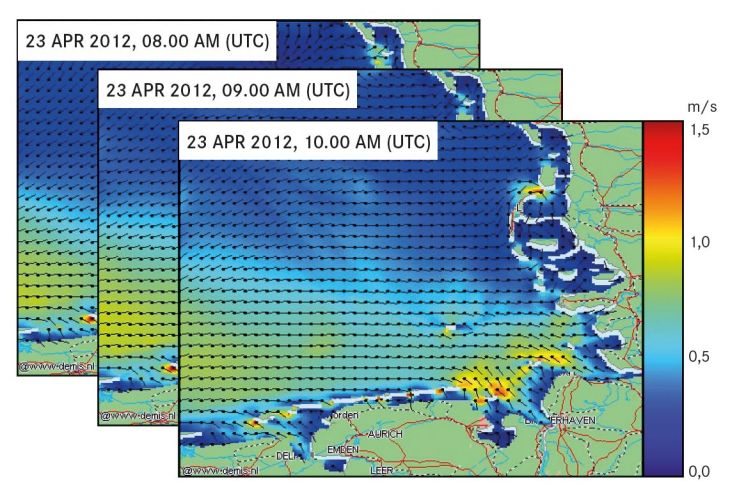 COSYNA Product: Currents in the German Bight, snapshots from 23 April 2012.

Surface current data from three high-frequency (HF) radar stations at Wangerooge, Büsum, and Sylt is continuously measured and transmitted in "real time" to the Helmholtz-Zentrum Hereon. After automated quality control, current vectors are calculated. Every hour, these data are linked to and assimilated into a 3D hydrodynamic model (General Estuarine Transport Model, GETM). Due to this data assimilation, the model results are closer to reality thus reducing forecast errors. In particular, the dominant (M2-) tidal signal is well represented.

The deviation from the measured HF radar current data is typically about 0.1 m/s, with large spatial variantions. Time series of current maps are publicly available for download from the COSYNA data portal. They can be utilized, for instance, for ship traffic safety, for the spreading of pollutants, or for rescue operations.