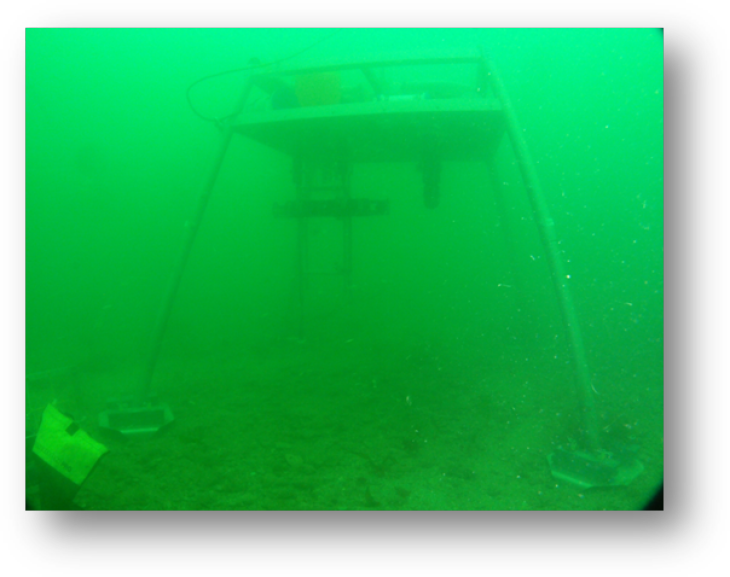 Processes on and in the seabed play an important role in the state and natural dynamics of North Sea habitats. In addition to ongoing ship-borne field, autonomous near bed measurements are required to understand the highly dynamic physical and biogeochemical processes interacting on the seabed. Newly developed in situ sea floor observatories are used to directly measure currents, turbulence, sediment transport and biogeochemical nutrient budgets in and on the sea floor. These systems consist of a node rack (“lander”) with a suite of hydro-acoustic, laser-optical and other sensors, benthic chambers, data storage and power supply. They operate autonomously for hours up to several days, allowing measurements in high spatial and temporal resolution even under storm conditions. The “landers” are positioned on the sea floor following hydro-acoustic and photographic pre-site surveys. 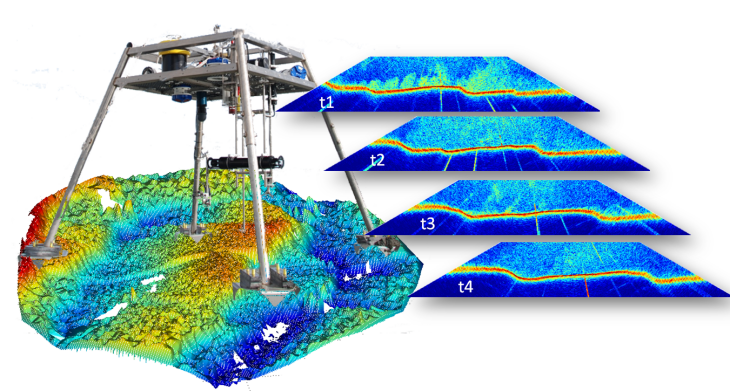 The complex 3-dimensional topography of the sea-floor, the interaction of hydrodynamics and small scale bedforms, seen in the local suspension of sediments on the backs of the bedforms (t1) and the rapid adaptation of the bedform geometry to the tidal currents (t2-t4). -image: MARUM-

The SedOBS (Sediment Dynamics Observatory) lander has been assembled with the aim of a consistent high-resolution dataset on the inter-action of microbathymetry (dynamics of sediments, bedforms, fauna on the seafloor), flow structures (like currents, turbulent patterns), sediment transport on the bed and in the lower water column, and biogeochemical parameters such as oxygen, pH, salinity, fluorescence.
SedOBS is operated by the Center of Marine Environmental Sciences MARUM in co-operation with the Helmholtz-Zentrum Hereon. 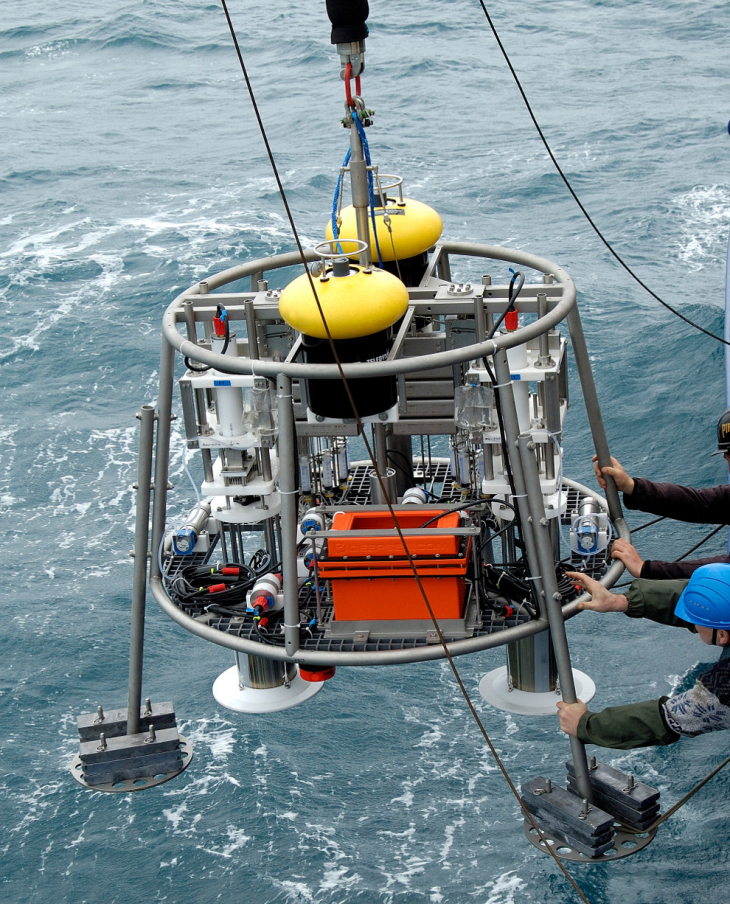 The benthic lander NusOBS (Nutrient and Suspension Observatory) was developed to study biological, sedimentological and geochemical exchange processes between the sediment and the water column. It is operated by the Alfred Wegener Institute. The lander is equipped with several sensors and sampling devices for biogeochemical parameters such as nutrients, oxygen and pH. Two benthic chambers carry out in situ incubations at the sediment water boundary.

The chamber lander FLUXSO (Fluxes on Sand Observatory) was developed for studying in situ solute nutrients ﬂuxes, dissolved inorganic carbon (DIC), and oxygen in permeable, sandy sediments. The purpose of the lander is to study advection-related processes in permeable shelf sediments, benthic-pelagic coupling, and the importance of the seaﬂ oor in shelf seas for organic carbon turnover and as sink or source of nutrients and oxygen. The FLUXSO was developed in collaboration with MPI Bremen, AWI and a German company (K.U.M. GmbH).