The Trainer of Stem Cells 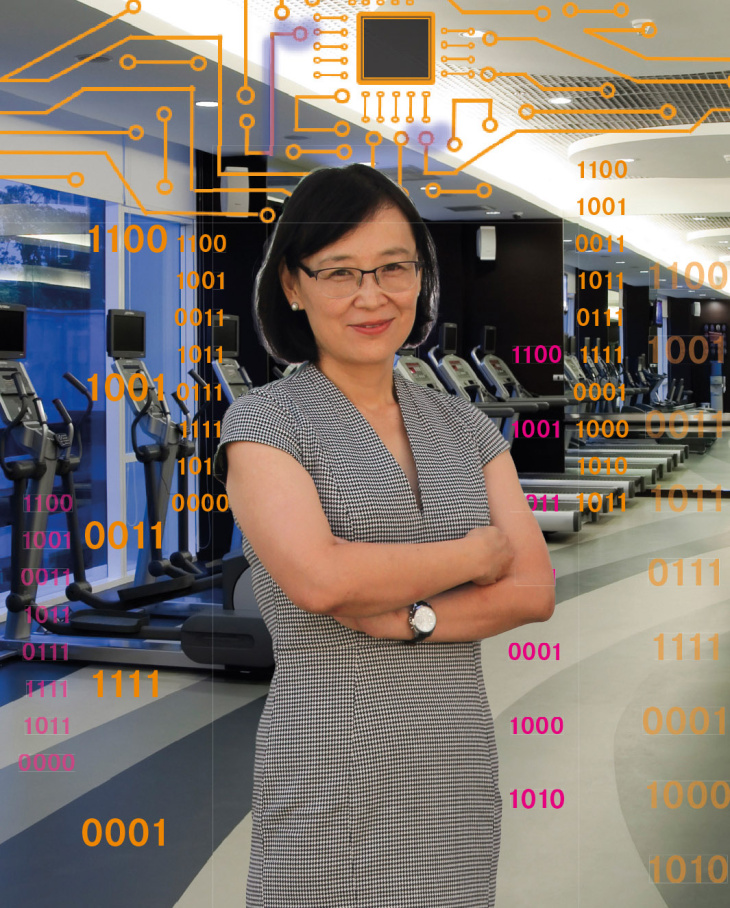 Prof Dr Nan Ma is the leader of the “Polymers in Regeneration” department at the Institute of Biomaterial Science.

"Materials science is a terrific area of research—we not only have the opportunity to conduct basic research and make discoveries, but we can also provide solutions. Solutions addressing the greatest medical challenges. It’s an insanely good feeling!” says Nan Ma, her eyes shining. The excitement of working in research can immediately be seen in the native of China.

Nan works at the Institute of Biomaterial Science in Teltow. The fact that she wound up in Germany after completing her medical studies and earning her PhD in Singapore can be attributed to her inner drive toward achieving more and her courage to enter new territory. The 48-year-old wanted to be a journalist as a child, but after she finished school, it was clear to her as the daughter of two academics: she was to study medicine. After her studies in Changchun, she quickly noticed, however, that she had repeatedly reached the limits as a practicing physician specialising in oral and maxillofacial surgery. Not her own limits, but the limits of technology. “I had seen a lot of patients suffer from issues such as oral cancer. We could only utilise practices that we had learned. This often meant cutting out the affected tissue,” she remembers. “Between discussions with senior physicians, patients and nurses, the only quiet time could be found in the operating room. “That wasn’t enough for me. My head was always full. I had no space to think and no space for science.“

Nan later headed to Beijing to complete a master’s degree in immunology. She then decided on Singapore to study for her doctorate, enticed by the field of gene therapy. It came in handy that her husband held a position in materials science there. Shortly before the birth of her daughter, she and her working group published a paper that managed to make it onto the cover of Molecular Therapy. Now she could do what was always important to her: leave behind the limitations of what had already been studied and try out new things.

Singapore provided her with numerous opportunities: research funding, equipment, resources. Ma was not only the first female PhD student at the institute and one of only a few women, she was also responsible for completely building and equipping a new laboratory from scratch. She, however, wanted to get acquainted with Europe.

With only one suitcase, she arrived in Germany as a post-doc to work in the field of heart surgery at the University of Rostock. “I didn’t have any winter clothing with me. I only wanted to stay for six months, after all. I encountered tremendous culture shock initially. There wasn’t even a single authentic Chinese restaurant in Rostock! My husband supported me a great deal in my career, so my family moved to Germany a short time later.” This courage paid off: within a Collaborative Research Centre, she met Andreas Lendlein, director of the Hereon’s Institute of Biomaterials Science in Teltow. “He believed in me and suggested that I apply for a position as a junior research group head at the Helmholtz Association in Rostock. I didn’t expect to, but I got the job.”

Five years later, in 2011, she came to Teltow as department head, where she set up a laboratory and formed a group with the help of Lendlein. She was appointed joint professor of biomaterial characterization at the Freie Universität Berlin in 2013. The most important pieces of equipment for the molecular biologist even back then were the confocal microscopes. "I can only believe something when I see it.” What she observes with her more than ten microscopes is fascinating. She watches stem cells as they grow and tries to influence their development through physical factors. She is especially proud of one publication: at the start of 2020 she could demonstrate that stem cells could be trained to develop into bone cells using a special polymer film. The film works like an artificial muscle with a shape memory that reacts to temperature changes.

At the moment, Nan and her team’s work still lies in the field of basic research. They dream that their research will help solve the most varying medical problems in the future.

“Stem cells are like the tiniest computers for me. When we learn how to specifically program them, we’ll take a great step forward."

The cells could, for example, learn how to develop into skin cells that can be applied after extensive burns. They could heal bones after fractures. Cardiac cells could be replaced after transplants and heal heart diseases.

“I’m a very shy person. I like working in the laboratory the most, when I can fully focus on the science. I see it as a privilege to be able to work this way.“

Ma has been a researcher for many years—she also trains her stamina in sports. Her favourite activity is spinning at the fitness studio. She lives with her husband and two children in Berlin. “The cultural differences are far less noticeable here than in Rostock. Berlin is multicultural—and there’s a large selection of outstanding Chinese restaurants,” Ma says, smiling.